Youngest in the game goes viral 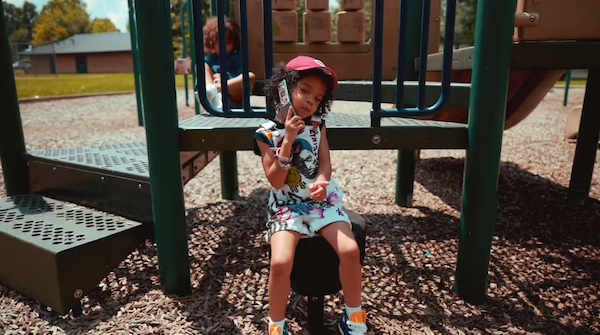 The 4-year-old rapping, dancing and acting sensation ZaZa’s first single titled “What I Do” off of her upcoming debut album has arrived. After going viral dancing to Schoolboy Q’s “Water”, and constantly being shouted out and posted via the biggest names in music such as Missy Elliott , Zaza has been keeping busy and is ready to let the world hear what she’s been cooking up in the studio.

In this production, we find ZaZa at the neighborhood park and library, hanging out with her friends while wearing the hottest gear and pushing her personal mini whip. Kids from all over the country, including the north side of Kentucky where ZaZa is from, came out to show their dance moves for the video. When she’s not dancing, ZaZa is posted up exuding just as much swag as rappers five times her age.