Hip-Hop Is Dead: The Age of the Entertainer Has Officially Begun

Nas had it right. 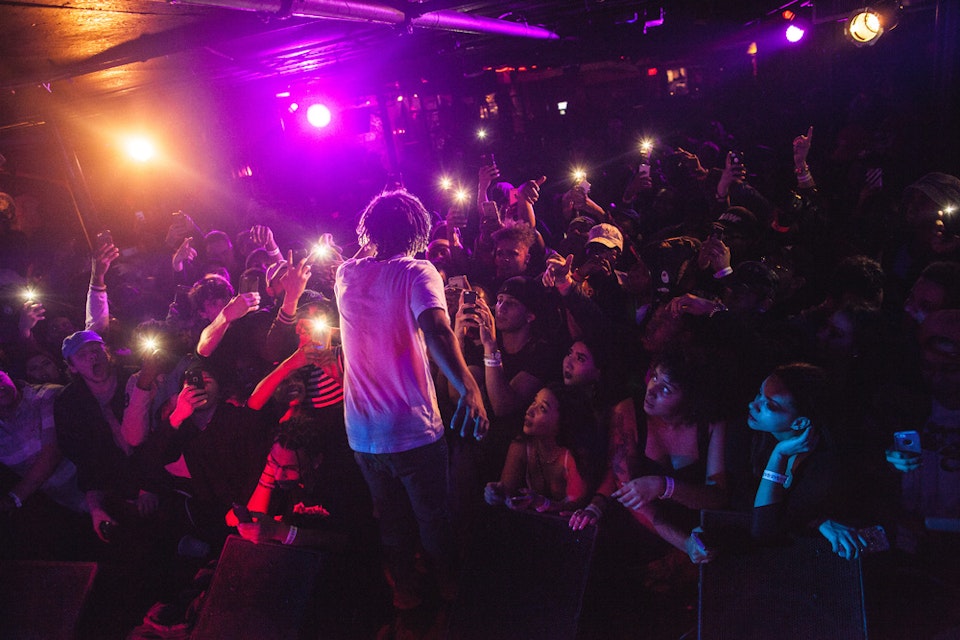 I grew up at a cool time for hip-hop. I was born early enough to be into and appreciate B.I.G. and Big L, as well enjoy the entirety of Eminem‘s prime. Plus the G-Unit days, a point in which 50 Cent was ruling the radio. All of these guys had bars, and that was undeniable. They were lyrical rappers that branched into real artistry and rounded out into some of the most legendary artists to ever be.

In their respective heydays, they were the hottest and best artists out, dominating charts up and down. It was a golden time for pure hip-hop, and it seems as though those days of lyricists running the music world are over. That’s certainly not to say we don’t have some amazing pens in the game right, as Mick Jenkins and Kendrick certainly fit into the lyrical category and have incredible followings, but if you look at the hottest, most buzzing rappers of this generation, you’d be hard-pressed to find someone who is on the same side of the spectrum. 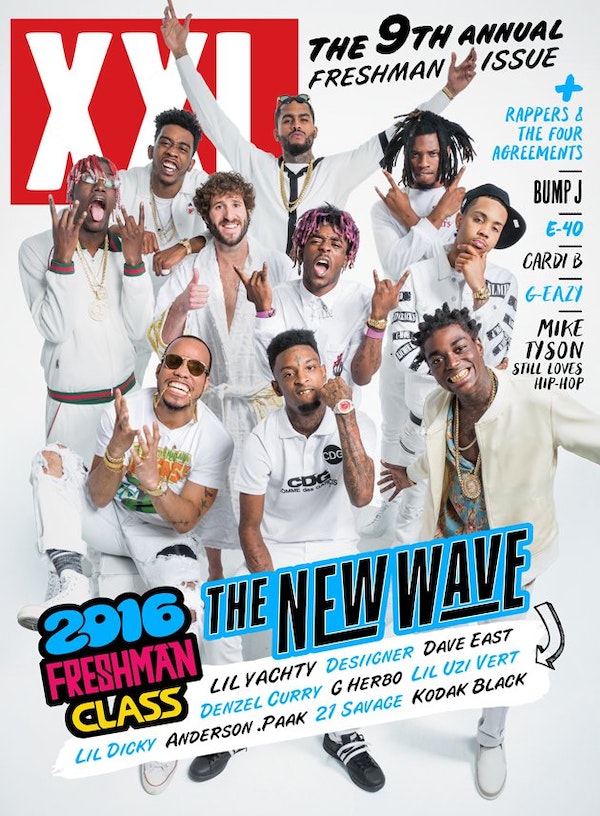 XXL just released their official Freshman Class, and it’s arguably the most predictable cover they’ve had in it’s nine-year run. Easy guesses like Desiigner, Lil Uzi Vert and Lil Yachty were front and center, and while the cover did boast some gems like Dave East, Anderson .Paak and Denzel Curry, it was overall pretty representative of the current state of hip-hop music: it’s dead—though that’s not a bad thing. I don’t mean to sound like an oldhead, but that OG, boom-bappy feel that most associate with being the true sound of hip-hop just isn’t what we’re getting from these guys.

In 2016, the most important thing for artists is their image and personality, which these cats have in spades. It can garner a fanbase and make you famous, or it can destroy your career and blackball you forever. It’s easier than ever to destroy your reputation, with endless apps that all require your face to be plastered at the very top.

It’s driven a lot more artists to remain incognito (Appleby, 24hrs, etc.) just so people will focus more on the music than the image that comes with it. Of course people want good music, but they mainly want to be entertained. For some people, good lyrics and production do just that. But for others, they fall in love with the character that the artist is—artists like Lil Yachty are grandly succeeding off of having a tremendous brand and being entertaining as hell. Whether you like Boat or not, he’s clearly having fun making his music, and while some stuff sounds like nails on a chalkboard, he’s got the look of and carries himself like a star. Lil Uzi is the same way—he looks the part. Purple dreads, face tattoos and crazy energy are a staple of Uzi’s brand, and his crazy characteristics definitely are what make him a favorite to people.

When I say hip-hop is dead, I mean that as a good thing. I’m glad the old definition of “hip-hop” that was being boxed in and preserved by fogies who couldn’t let go of the past sound, is over. Barriers have been broken, and the Great Wall of Boom-Bap has been torn down. We’re at a point in time where you can have artists like Lil Yachty and Mick Jenkins both succeeding in their own lanes, with neither taking away from the other’s popularity.

People like to get mad and talk shit on guys like Yachty and Uzi, but they’re revolutionizing how we perceive the archetypal big-time rapper to be. I’ve talked to major label A&Rs about Yachty, Uzi and several others like them, and they’ve all said the same thing—they’re stars. Being able to dominate music is so much more than making good music, because anyone can make good music. It’s about being able to make good music, having the personality that will sell people on you and your music, as well as having a marketable image to go along with it. Twitter, Instagram and Vine allow artists to show their personality a whole lot more than ever before, and that’s why Yachty is prospering. That’s why Uzi is prospering. They’re so outside of the lines of what a rapper is defined as that it’s almost like they’re created characters in a game, except people can actually connect with and talk to them.

Imagine if you could see inside the crazy life of your favorite movie or video game character, it’s sorta like that. The technological age of hip-hop makes artists more accessible than ever to their fans, and it was only a matter of time before artists took advantage and built cult followings from it.

Hip-hop has evolved so much since the reign of Slim Shady, and it’s meant to. Every ground-breaking artist opens the door for someone else, and this is just another example of that. Before T-Pain, auto-tune just wasn’t popular, though now you hear that shit everywhere. His wave spawned the auto-tuned, lean-dripped albums from Lil Wayne, which led to their bastard lovechilds Young Thug and Future, who’ve now opened the door for Lil Yachty, who is following suit. His subgenre that he calls “bubblegum trap” is becoming increasingly popular, with light and fun sounds being thrown over booming, uptempo 808s, combining nursery rhyme samples and Mr. Rogers’ Neighborhood themes with trap music.

Hip-hop as we used to know it is officially dead, and frankly I’m excited to see what’s coming next.