New project, same ideology: no piece of data or algorithm can find great music like a human can. 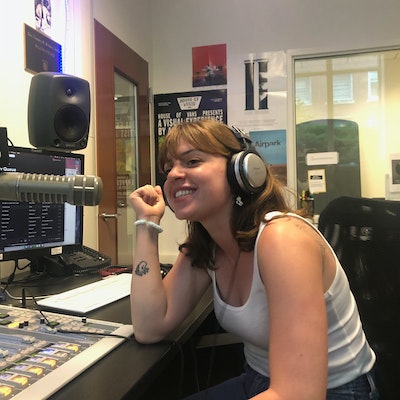 When Napster came out in 1999, Chad Hillard became obsessed with discovering new music. Hillard frequently made mixed CDs for his friends before taking a suggestion from an old girlfriend to start a blog which eventually led to Hillydilly, the online music discovery platform that was the starting place for artists such as Billie Eilish, LANY, and Daniel Ceasar.

“It’s a really simple idea,” says Hillard, “a place to share music with friends.” Hillydilly was founded in 2007, and six years later, Hillard was approached by someone wanting to rebuild the website who would then become the lead developer of Hillydilly, Felix Gurtler. This update allocated for more editorial work and playlists personally curated by Hillard. The partnership worked well at the beginning because it was important to both of them that there were no advertisements on the site. Hillard said that Hillydilly was never about generating clicks or sharing a song just because it was put out by a famous artist, “just, here’s a dope song, take it or leave it. We don’t care about our stats, we don’t care if you come back. It’s just people sharing great songs.” 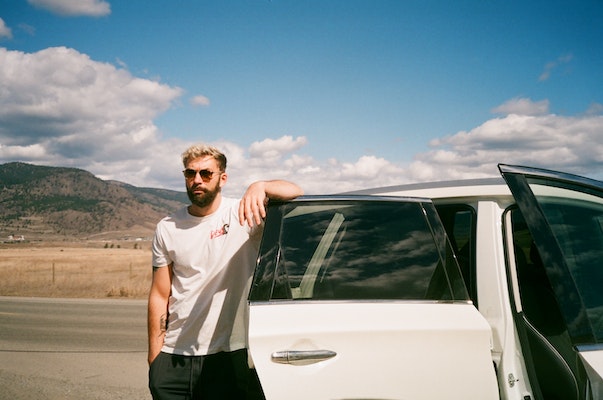 Hillydilly had traffic but never really generated revenue, and in 2016 Hillard launched an independent record label called 20xx which was shut down the next year. Eventually, Hillard's and his business partner begin to part ways, which subsequently saw Hillydilly shutdown on April 30th, 2020, thirteen years after its founding.

“Kind of relieved, to be honest,” describes Hillard, “I am excited to start something fresh, and rebrand and relaunch and everything. It’s bittersweet, but I’m stoked.” Hillard is referring to his site in the making, Before The Data, another industry-focused music discovery platform that will replace Hillydilly. There is a current trend of record labels using information based on streaming to find potential artists headed for stardom, but Hillard plans to keep the mantra that human curation finds good music over algorithms and collected data as reported by Complex. 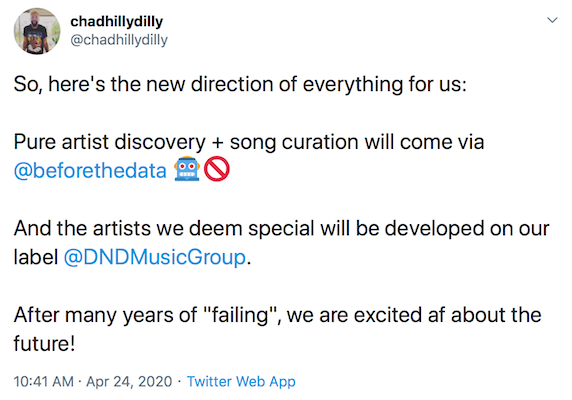 “We’re not trying to say that we are better than anyone else, or that data or algorithms are evil, it’s just, we are trying to show there is a different way to learn about music and digest music, and it’s all coming before the data. Because we are sifting through hundreds of songs daily, and like I always tell everybody- it takes a human to find it before there’s going to be any data about it," Hillard states. "You can’t program artificial intelligence or algorithms to find great songs or great artists if the songs don’t have data to begin with, and that’s kind of the whole ethos of the site. We have proven that through the discovery of countless artists like Billie Eilish, Lorde, LANY, Kygo, Tom Misch, Halsey, Daniel Ceasar, the list goes on and on, and on. It’s just showing people that human curation matters.”

The site will be mainly editorial, with Before The Data eventually doing interviews and covering live shows. Chris Anokute, an A&R executive and industry veteran, wants to be a part of the site by writing a monthly newsletter with advice to artists. When a discovery is made on the site, it is important to Hillard that those responsible for the discovery be credited. “We are trying to create a community where it gets back to a lot of these people who have discovered the things. Because sometimes it’s not just me finding it- maybe it’s a writer, maybe it’s another guy on SoundCloud. We are just trying to shine a light on human curation.”

There is an opportunity for artists discovered through Before The Data to work with Hillard’s record label, Dreams Never Die Music Group , which was founded in Fall of 2019. Hillard says, “it’s helpful to the artistry because we are integrating all of our connections because people at Spotify and Apple use our platform so we are creating this ecosystem of artist discovery and signing things that, ya know, we think could be great.” The focus with DND is to sign and help develop musicians and help them build a team. 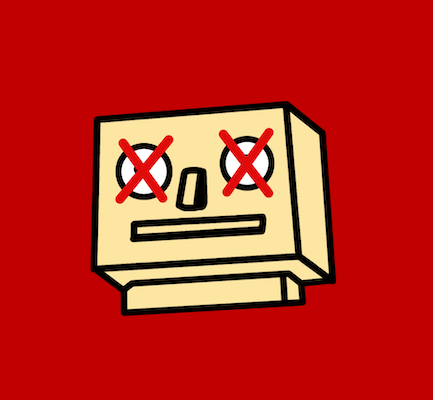 While there is no official release date of Before The Data, you can click here to subscribe for an email notification when the site is launched. Hillard is working with a new software developer now, but Felix Gurtler is now running Landen, an app for website builder start-ups.