HighDefRazjah talks producing for A$AP Ferg, working with Mike Will Made It & more

Learn more about the man dubbed as Virginia’s next Pharrell. 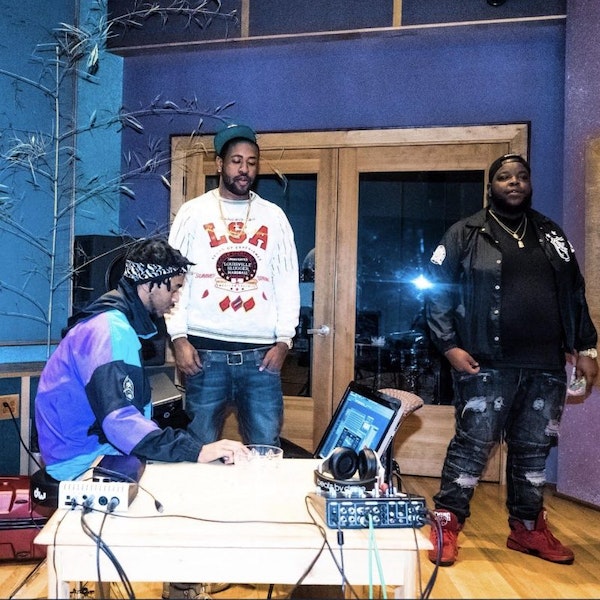 In Virginia, Pharrell‘s esteem stands before him. He pioneered a generation of hip-hop connoisseurs who aren’t afraid of mixing genres to create something wholesome and new. Establishing a successor to his creative throne doesn’t look to be something he’s concerned with right now, but with so many bubbly young minds working to burst into the music scene, there’s always the opportunity for someone to ride his coattails into international prominence.

HighDefRazjah is one of Pharrell’s spiritual offspring, utilizing a knack for zany production to establish himself as one of the state’s premier producers – Mike Will Made It dubbed him “the illest young producer from VA” on Twitter near the end of 2017. With a resume including hits like “Let It Go” for A$AP Ferg and “Take It Or Leave It” by Rae Sremmurd, the self-christened “Virginia’s Next Pharrell”  seemingly has stardom looming in front of him. We sat down with HighDefRazjah to pick his brain about his reason that he became a producer, how he managed to acquire his laundry list of industry connections, and much more.

HighDefRazjah is a 25-year-old music producer and upcoming Artist out of Suffolk, VA, specializing in sound, arts, and an initiative to be a change in the music scene. I’ve worked with A$AP Ferg, Rae Sremmurd, Cyhi The Prince and a number of producers including Lex Luger, MikeWillMadeIt, VERYRVRE, and TM88. “Let It Go” was my first album placement. I was like, “Wow, this is it. I’m on.” I didn’t really know the business then,” Razjah explains. “After I went through that and got paid, the money was gone. I realized: You still got a lot to do. That’s just one song. It’s just this amount of money. It can be gone.”

When you say that you’re “Virginia’s next Pharrell,” what do you mean?

When I say that I’m the next Pharell, I mean that I have the sound, the business acumen, artistry, and capacity to be a great leader. He’s the backbone of the definition of creativity and not caring of what people think of his music. Being that I’m from Virginia, I have the chance to consider myself as one of the greatest producers and being that so many artists speak highly of our sound, it motivates me to push father than Pharell because he works so hard.

What pushed you to become a producer?

I wanted to be a legend at something creative. I wanted to give something to the world, more than just my physical being. Lex Luger’s success was inspiring to me because it was letting me know that I could succeed at producing since we’re from the same area. Making beats takes a lot of patience and practice, so I wanted to prove that I was up for the task. Music production was always interesting to me because I was amazed by bass and the intricacy of certain melodies. All it took for me to pursue it was a broken ankle prior to tryouts and I went and downloaded the program. It took 3 years to build a unique sound. The process took patience and perseverance.

Describe your approach to making beats.

Just being in a comfortable space with good weed and good vibes. For me, I have to be 100% comfy to create because producing is an art form. I only try to pump out complex, album-sounding beats; they sometimes sound like they take hours or weeks to make. Both my environment and emotions are very important when crafting beats.

Who are some of your biggest influences?

Kanye, Pharrell, Dr.Dre, Lex Luger, and Mike Dean. They are all master creators and crafters that brought something different to the game. I push to be on their levels, if not greater than them.

How do you frequently get placements on some of the industry’s hottest artists’ projects?

Man, I just fight for those. I’m just hungry and make sure to utilize all of my connects. I stay up-to-date and really establish relationships with the people I meet. There’s so much more to it than the music; people have lives off of social media and out of the studio. When the love and respect are there, it opens up opportunities.

What’s the Virginia artist experience like? How easy/difficult is it to collaborate with other artists within the state?

The Virginia scene is on the rise. Unity is being created in movements across the state and as a whole, the prestige is emerging. All we need is direction, an established sound, you know. Some artists have relationships where they work together every day while others just on social media. It could be easy or hard, primarily depending on their schedule. I’m already an established producer in the area, but now I’m working on getting my respect as an artist by putting in the hard work and building my brand. It’s not easy, but it’s fun because I get to see my progression.

What are your relationships like with the artists that you’ve worked with?

All of my relationships are genuine and solid. Like I mentioned before, I keep in contact with them and really share and create new energy to establish a bond and trust; these things are needed to create together. I check in with Ferg and we build, I can call Jxmmi and he could be at a football game. The important thing is not who they are, but how genuine they are and the respect we have for each other.

What is Defcorp? What are your plans for it?

Defcorp is my brand, my life, and my label of creatives where we are all in charge. These are people that I started with, people that I want to educate, and people who deserve what they want. We will soon be household names; the talent and energy that we bring to the table are unstoppable. RARI is going to be one of the best to ever do it. Miia Monet will bring the revolution, along with K.Sess and The RandB Gift. Our supporting cast of staff and creatives push us to realize our full potential. Be prepared to see many branches under DEFCorp in the very near future.

What should aspiring artists and producers know about the industry?

Don’t overthink your moves. Follow through with what you say. Be pure and real. My biggest fear is overthinking what I can’t do. Can’t nobody defeat me but myself. The music game is crazy. It can draw you away from things; It can draw you toward things. I was living too fast. After “Let It Go” I was exposed to the life. I started doing drugs more. I was in parties with girls I never thought I’d be around. It’s a confidence booster. People look at you different once you give something to culture.