Here’s the deal with that photo of Drake in blackface 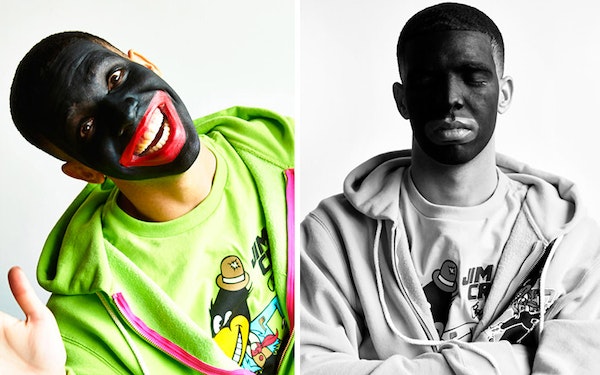 Not only did Pusha T drop a lethal diss track towards Drake on Tuesday night with “The Story of Adidon,” but he resurfaced a controversial photo of the Toronto rapper wearing blackface. Initially people questioned the picture’s legitimacy, but it was soon revealed to be an actual photo from fashion brand “Too Black Guys” by photographer David Leyes.

Specifically, the shirt Drake modeled was part of a collection called Jim Crow Couture (an artistic statement on America’s infamous Jim Crow period). Complex reached out to Too Black Guys for a statement on the photo, and received the following from founder Adrian Aitcheson:

“The photo in question was not from a Too Black Guys photoshoot however it did feature clothing from Too Black Guys’ JIM CROW COUTURE/HOUSE OF CROW collection which was released in 2008. The collection featured several graphics that highlighted the painful and dangerous period of the Jim Crow Era.

Too Black Guys has a history of representing the black experience in an unapologetic way. Although this was not an image from any of our photoshoots, we feel that Drake, who is a long- time friend of the brand, was brilliantly illustrating the hypocrisy of the Jim Crow Era.

The subtleties of Drake, a young black man, mimicking how white men used to mimic and dehumanize black people may be lost in a rap battle but we should not be distracted from the issues that are still affecting our communities.”