Features
Feb 6, 2018
Here Are The Best Songs From Last Week 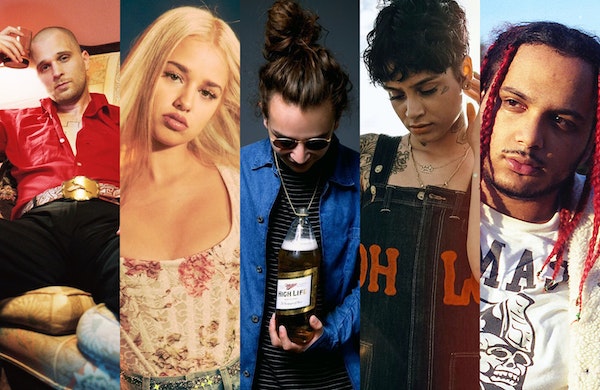 After dropping a slew of acoustic tracks towards the end of 2017, it’s comes as no surprise that Kehlani chooses to share “Again” in its’ rawest form. The unmixed track finds the Bay Area sweetheart crooning atop a backing acoustic guitar, laying down poetic lyrics as she unapologetically speaks on a past relationship.

Set to join DJ Khaled on a nationwide tour starting on February 26th, Kehlani is making all the moves necessary to have a killer year. Stream “Again” below, and stay tuned for more information on the follow-up to her “SweetSexySavage” album.

California is home to some of the most diverse hip-hop sounds in the world. Yung Pinch and YG prove it on their new joint-effort “Big Checks,” as the Huntington Beach native’s melody-driven flow is matched effortlessly by Bompton’s hometown hero with a clean 16-bar verse.

To add a fair warning, Pinch’s hook will be stuck in your head after just one listen to this track. Take a trip to Cali by pressing play on “Big Checks.”

As she prepares her forthcoming debut album “Gensis,” Canadian songstress Tommy Genesis drops off an empowering single with “Lucky.” The reggae-infused record offers a simple commentary on a one-sided relationship as she sings, “I pretend I don’t see you texting // You pretend you don’t see me whiling.”

Enjoy the latest from Tommy Genesis and click here to purchase tickets to see her on tour with Dua Lipa.

If Take A Daytrip is mentioned in the production credits, it’s gonna be a banger. This statement continues to remain factual as Nessly shares a new single titled “Back 2 Life.” The Atlanta hitmaker continues to flaunt his signature style on the track, as his auto-tune ridden vocals float atop the thumping instrumental.

The high-register attack on JMSN‘s new jazz-influenced single “So Badly” is extremely well done. The Michigan native has been able to consistently impress in the past, and shows no signs of slowing down.

He sings of his never-ending search for love on the four-minute track, which can be heard below.