“Sins” reminisces on the fact that beauty always lies somewhere within the madness, it’s just up to you to seek it out. 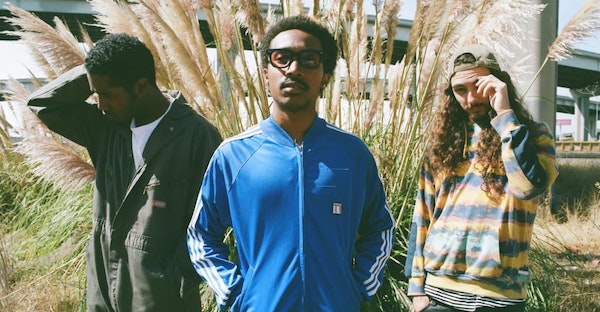 After the release of “Feel That Again” which took the pages of The Fader by storm back in November of 2018, the Oakland based trio, Hello Yello, has gained quite an abundant aggregate of wide range support and attention from fans all of the world. The band is composed of three members: Dylan, Martin & Jaden—Dylan as their vocalist & guitarist, Martin as their drummer, and Jaden as their bassist.

This morning, Hello Yello returns with a cutting-edge, headbanging track that also has a cooling cadence once the verses kick in. “We should’ve had that talk/Before you boarded the plane/So why do you still hit my phone up/For things you said before, don’t add up/Now I question everything/Yeah, what you do and what you say..” Guitarist and vocalist, Dylan, speaks these lyrics with an intensity that fuels his vocals with sentiment balanced with an increased level of exasperation. The separation that he recounts of over the course of the track is a feeling that one can understand deeply, as you can easily draw your own experiences from your own life in relation to the message spoken here. Hello Yello’s ensemble is intoxicatingly inviting, as we are yearning to hear what they will deliver next.

Press play on their new single “Sins” below: