H.E.R Reminds us of live Instruments’ Impact on IUTKH Tour 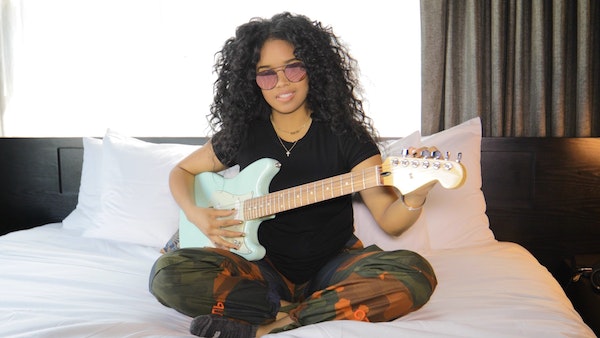 “You don’t ever hear a young black woman playing guitar–it’s shocking to people. Playing instruments is not as cool as it used to be. I think it’s coming back now.” Of the many words making up the Apple Music description for I Used To Know Her: Part 2 – EP, these from H.E.R‘s Beats 1 interview with Ebro Darden. If it is truly coming back, she could be a huge reason why.

Ever the humble being, the multi-talented artist sold herself a bit short by just mentioning guitar, though. Last night at Brooklyn Steel, the 21-year-old treated a sold-out crowd to her multiple abilities all during her opening song “Carried Away” taking over the guitar, bass, piano and drum pad. A tone was already set by openers Bri Steves and Tone Stith, who blended Hip Hop and R&B seamlessly throughout their sets.

Atlantic Records signee Steves performed a few songs, including her popular single “Jealousy” sampling Jon B.‘s “They Don’t’ Know.” She has a very fun, playful demeanor on stage and isn’t afraid to flex on men from her past who did her wrong. Stith performed his own original music, wowing fans with his falsetto and dancing abilities alongside his backups. He did moving ballad covers of Michael Jackson’s “Human Nature” and Drake‘s “Madiba Riddim.” The energy that H.E.R, real name Gabi Wilson, followed up with though was truly something special.

Nowadays, the advancements in technology make it so artists can prosper without knowing how to use instruments. They can create the sounds themselves, which often sound good but don’t translate to the type of performance one can have if they play live. The ability to handle guitar and sing as exceptionally as she did is praiseworthy and gives her an edge in today’s R&B landscape. The show felt like a huge theatrical production, though there wasn’t necessarily a consistent narrative to engage with.

R&B shows can always run the risk of feeling like a lull due to the slower nature of a lot of the artists’ content, but the addition of two electric backup singers and a full band kept the crowd’s engagement throughout her the nearly hour-long set. The arrangement of songs played to fans as well, as she performed most of her content from the last two EPs but would place her bigger songs like “Best Part,” “Avenue,” and “2” in between the newer tracks to build up any hype that could’ve been lost.

Speaking of “Could’ve Been,” one of her newer tracks, fans were treated to an appearance by the elusive Bryson Tiller who joined the stage to man his verse from that song before performing his own smash “Exchange.” It gave the shades-wearing, curly-haired queen an opportunity to take a break though she didn’t need it. Throughout the runs, the clear passion she felt in the songs, and the overwhelming joy she got from fans, her vocals never wavered and there was nothing left to desire aside from a longer performance of the moving “Still Down” sampling Jon B.’s classic cut with 2Pac.

Words certainly do not do this show justice. The number of people who made their way to Brooklyn to see this woman shows how impactful she has been already, and there’s a sense that will she only get better. It’s no surprise, as she was already a star at the age of 10 and signed by 14. Yet, there’s no feeling of immaturity here or nerves.

She even had the boldness and confidence to make fans think she was leaving, before coming back out for a powerful performance of “Lost Souls” where she shows off the bars. We’d like to thank H.E.R for reminding us what live instrumentation combined with strong vocals can sound like, especially coming from the same person. We look forward to her continued growth and the debut album coming soon. 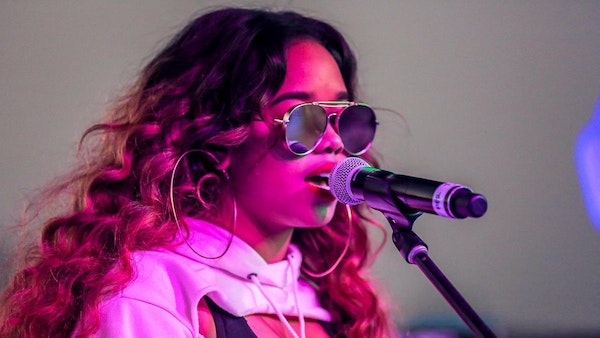