H.E.R. performs “Carried Away” for A COLORS SHOW audience 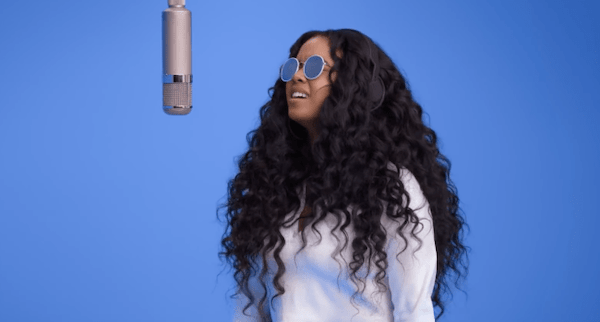 After releasing the sequel to I Used To Know Her, getting nominated in five different Grammy Award categories, and also appearing on NPR’s Tiny Desk show, H.E.R. has had nothing short of a dazzling year. Just last week, H.E.R. stopped by A COLORS SHOW studio to deliver a bold and heroic performance, graced by an electric blue backdrop. Her voice trembles the ears and souls of her viewers, as her bright and upbeat energy matches the intensity of the groove in “Carried Away”, the first opening track to her latest album. What a great suggestion that she chose this song for her segment. Her circle blue lens sunglasses and track pants give us the indication that she can only come as she is, completely comfortable in her skin. Remarkably noteworthy in all of the success in her journey for the coming year, H.E.R. is ending her year on the perfect note, as seen in the video below.

Press play to view her performance below: