Produced by JohnAtom, Ample K chills the beat out before smooth talking it. 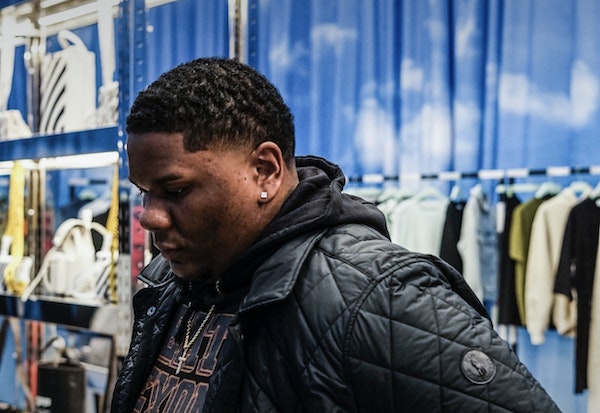 Ample K is a rapper from Gwinnett County aka “DA NAWF.”

On his birthday, he released a new song called “Ms. Pacman.” The song, produced by experienced duo John Atom, finds Ample K mixing his rapping and singing with ease. His flow, staggered at times, speeds up intermittently throughout the record.

The verses don’t seem to have traditional structures. With a chorus like a trapped out Sean Kingston’s, Ample K comes across like a capable artist waiting patiently to be passed the torch. Sonically, he’s in a little rush. At 1:36, the vocal track pitches up again.

The whole time, the beat wraps itself around the vocal like a koala clutching a branch. The outro is ten seconds of calm, pretty strums on the guitar, and then it’s over.