The suspect has been killed by police. 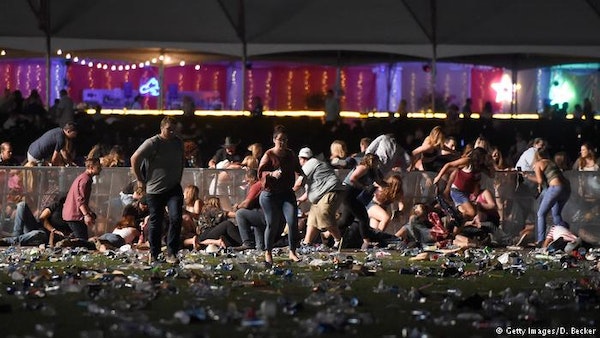 As Jason Aldean took the stage at the Route 91 music festival in Las Vegas on Sunday night, a gunman opened fire on the crowd, killing at least 20 people and injuring 100+ more. Shots were fired from the 32nd floor of the Mandalay Bay hotel by an unidentified 64-year-old white male, whom has since been killed by police.

The suspect has been described as a “local resident,” and an investigation is currently underway in regards to his companion/roommate Marilou Danley.

No motives are known for the shooting at this time, as information continues to roll in by the minute. Stay tuned for more information as this story develops.

People duck for cover at the sound of gunfire in Las Vegas. At least 20 have died in a shooting on Sunday night https://t.co/N9l2h2BdRt pic.twitter.com/bXVeX1WFxu