“You play and it’s gone be a murder like YB / I drawdown, you see blood like it’s YG.” 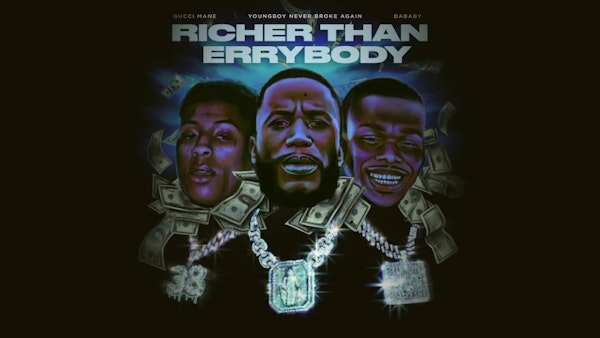 Gucci Mane is an East Atlanta legend with dozens of projects and even more collaborations. Still, Guwop serves as a prominent figure and hip-hop and his latest effort, “Richer Than Errybody,” proves that point to be true. It features two of the most mentioned (and controversial) artists this year: YoungBoy Never Broke Again and Charlotte’s newfound love DaBaby. The track is full of references to each other’s past works, but the hook explains it all: “One brick, he think he richer than everybody.”

DaBaby is currently readying to release his forthcoming album, which is rumored to release this month. YoungBoy recently dropped visuals for his first day out-song “Self Control.” Gucci releases music often so there’s no telling when we’ll hear his next album but from the looks of it, it’ll sound great. Check out the video above.