Greta Van Fleet is one of music’s most talented groups. 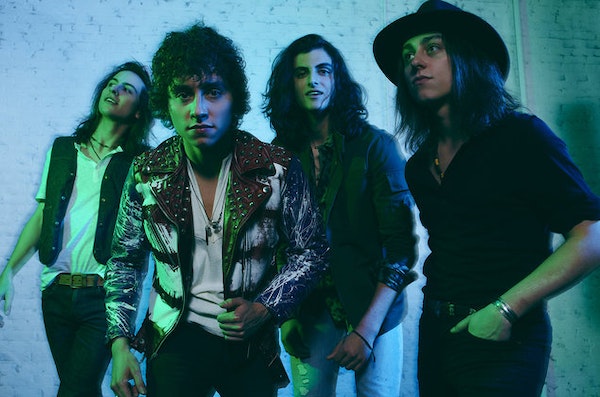 American blues & rock band, Greta Van Fleet, continuously pursue to put their mark on classic rock as we all know it to be through bone-chilling guitar segments and unconventional yet advanced vocal runs on the newly released album titled Anthem of the Peaceful Army.

The members of the band each exude exquisite talent: Josh Kiszka, the lead singer, Jake Kiszka on lead guitar, Sam Kiszka on bass guitar, & their best friend, Danny Wagner on drums. The band’s highly developed sound has drawn a great deal of juxtaposition, being perceived as harmonious extensions classic rock outfits such as Led Zeppelin.

On the track “Mountains of the Sun”, the distinct tambourine sounding as if its resonating all throughout my home puts emphasis on just how robust and hefty their musical skill truly is.

Listeners are able to reminisce on the genre of post-grunge 70s retro style by the means of Greta Van Fleet invoking and implementing the sound gracefully, allowing them to ascend to new heights in rock history.