A stacked lineup per usual.

The annual Governor’s Ball festival in New York City is one of the more established and prestigious gigs in the festival scene (at least domestically) and today the famed festival shared its upcoming artist lineup for the festival that will take place in late May into early June. Notable acts include Vince Staples, SZA, SOB X RBE, Denzel Curry and many others slated to hit the stage at during the three-day event.

You can purchase tickets for the event at the link here, or just keep scrolling to see if any of your favorites will be performing. 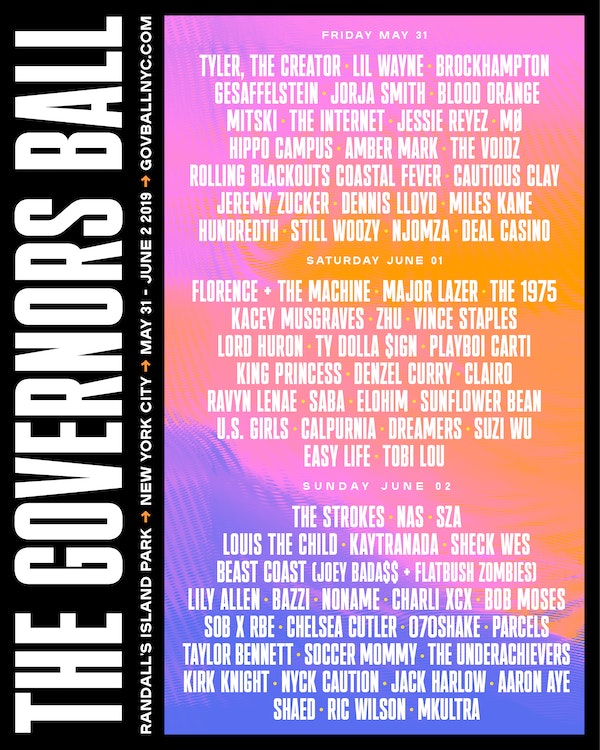