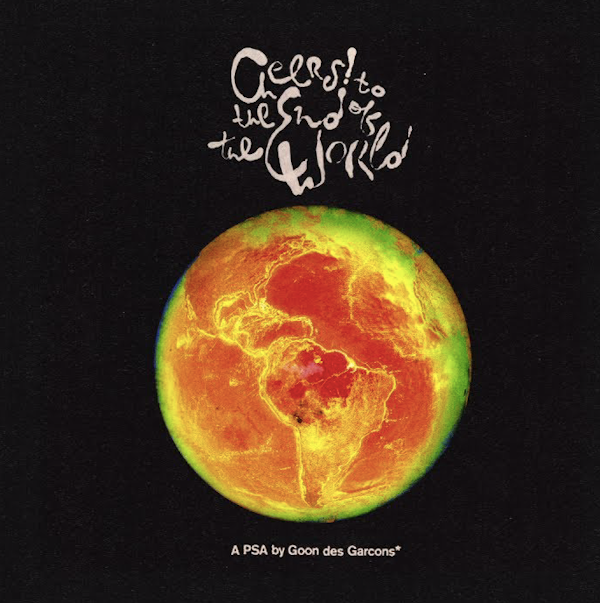 Little Rock rapper GOON DES GARCONS* has been widely regarded as one of the most talented and additionally most versatile MCs in a dense underground scene that has produced a number of mainstream stars, and while Goon’s break came later than many of his peers he still seems destined for greatness after one play through his debut EP under Def Jam, Cheers To The End Of The World. At six tracks this extended-play is brief, especially given the fact that none of his songs are much over two minutes, and the short run-time is not the only punk influence seen on this record.

Goon’s vocals are frequently ominous and the production is booming and sinister to match, but there are many points where Goon shows his ability to make a more emotive cut like his track “MOTHER!,” and “SEVEN MINUTES IN HEAVEN” shows the aforementioned bellicose atmosphere. I really enjoyed this EP and am very eager to see GOON DES GARCONS* only continue to develop and release more and more solid projects.

Stream Cheers To The End Of The World here: