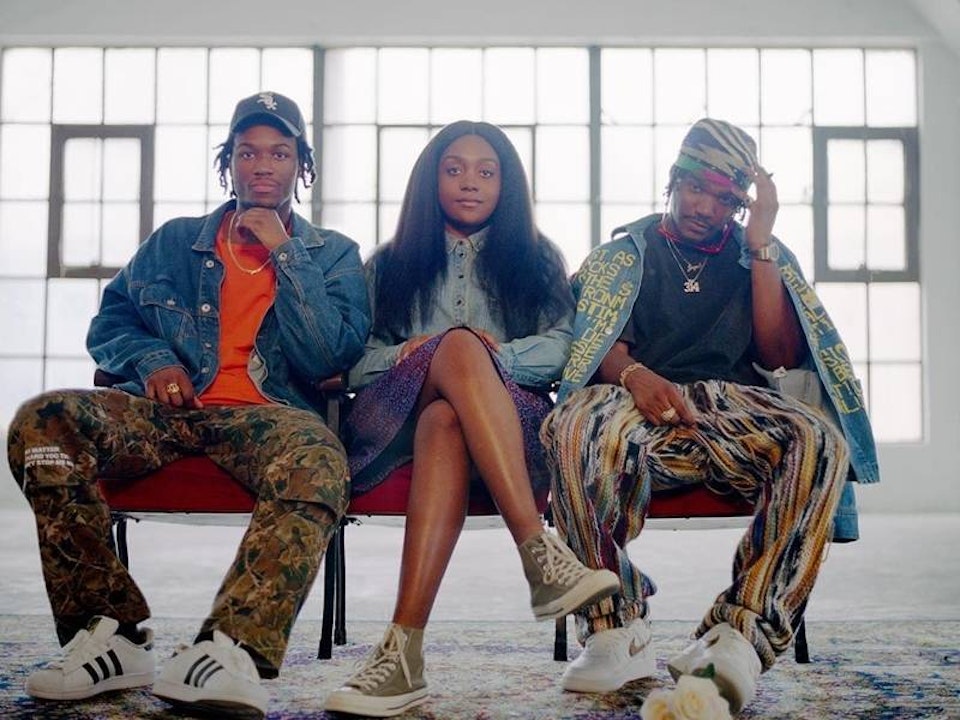 Less than a week ago, Saba, Noname, and Smino made a Twitter account titled “Ghetto Sage” teasing that they would finally be joining forces again. However, this time around, it seems as though the three rappers have finally answered fans’ prayers by coming together to form the hip-hop trio that they’ve been waiting to see.

Ghetto Sage is what they call themselves, and if I had to guess, Smino came up with the name. They seem to run in similar circles as Saba and Noname hail from Chicago, and Smino from St. Louis. The two cities aren’t too too far from each other, as the music scene out in the Midwest has always been prevalent and seemingly tight-knit.

Last night, the trio dropped their first single ahead of a, hopefully, upcoming collaborative project. The song titled “Häagen Dasz,” is proving to be a strong debut for them. Their flows work well together (but that’s a given considering people have wanted to see them to come together since their initial collabs). Saba, Noname, and Smino are genuine friends and have previously collabed on Noname’s “Shadow Man” and “Ace,” respectively.