Learn more about the viral teen. 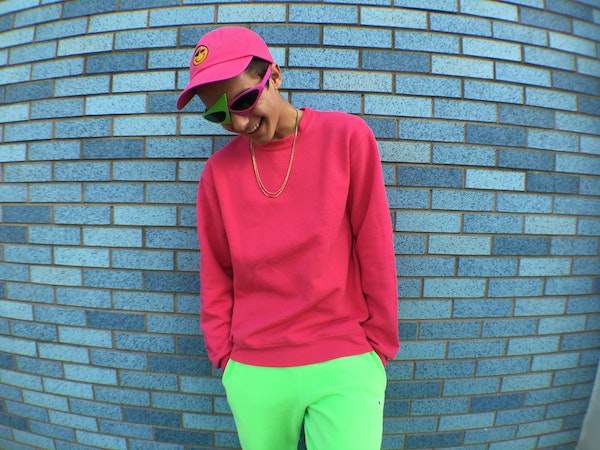 When and why did you start uploading videos to YouTube?

I started making skateboard videos and uploading them to YouTube when I was in middle school. I just did it for fun, I didn’t have any subscribers or lots of views when I started.

What was the first YouTube video you ever made?

It was a video of me learning a skateboard trick in my garage.

What was your initial goal; did you want to be a musician or general entertainer?

I’ve always been the type of kid who loved the spotlight. Ever since I was a little kid I wanted to be a performer, but specifically performing music and being a musician was and still is my biggest passion.

How has that goal matured and developed over the years?

I started rapping and making music when I was about 10 years old. I took piano and guitar lessons and would always write rhymes in my notebook during class. Then I was in an 80’s rock cover band for a few years in middle school and high school. It wasn’t until about junior year of high school though, that I really started recording original songs and started taking my music seriously.

But until last year, my music never had any exposure or significant amount of views. Now, my music and fan base is growing like crazy. It’s super awesome to see all the support and love from my fans. The next goal I still need to accomplish is going on tour, which I’m going to do once I put out some more songs.

You have a very vibrant style. Where did this come from?

I’ve always just loved to stand out and be weird. It’s just a part of my personality. So I guess my clothes are a way for me to express that. And I just think wearing really bright colorful outfits is fun.

I was born wearing the glasses actually. They’re a part of my DNA.

How has your style developed over the years? What has influenced it?

Honestly my style hasn’t changed at all in the past few years. The only thing that’s changed is the quality of what I make. Just because I’ve gotten better at recording songs and editing videos after doing it for so long.

What was your initial idea behind the ‘Milly Rock in New York’ video? Did you think it’d blow up like it did?

I was just in New York for a weekend, and I wanted to film a video while I was there. Since Playboi Carti says “In New York I milly rock” in Magnolia, I figured it’d be funny to actually milly rock to the song in New York. I thought it’d be a cool video, but I had no idea it would blow up the way it did. It went crazy viral.

How do your friends and classmates react to the fact that you’re somewhat famous?

I’ve been making music and videos for so long before I had lots of subscribers and stuff, so my friends don’t really think much of it. It’s like I’m still doing the same thing I always did, except now I just have more followers for it. They definitely think it’s cool though and they support me.

What’s the biggest piece of advice you can give to an aspiring YouTuber?

My biggest advice would be to find a YouTuber that makes similar content to what you want to make, and figure out how they got started. That’ll help you figure out how you can get started. And the most important tip is to just make lots of content and have fun doing it. Oh, and be creative.

It depends on what video it is that I’m filming, cause some videos are super fun to film. But for the most part, I usually enjoy making music way more than making videos. I feel like I’m able to put more depth and personality in my music than I’m able to put into my videos, but I love doing both. That’s why my favorite thing to do is make music videos, because I get to make a song AND edit a video for it. It’s the two things I love all in one.

Do you want to be a full-time musician someday? What are your long term goals?

Yes, well I kind of already am. I just need to release some of my new music and start touring. Then I’ll feel like I’m able to say I’m a full time musician. Right now I’m like half musician half videographer. My long term goals are to shock people that think I’m just a trendy kid that dances, and to shock the entire music industry as a whole. People aren’t going to expect what I’m going to be doing with my music in the near future. It’s gonna be fun. I’m gonna add some flavor and energy to rap culture.

I also want to try out acting, direct films, get more into drawing / painting, get more into fashion and clothing design, have my own tv series, and overall just keep being creative while trying to inspire and motivate others. That’s what it’s all about. Trying new things, being creative, and spreading positivity.