FOBGOD & 24kGoldn tweak on the beat in “Crackhead Universe”

Orange County’s own comes with the charisma. 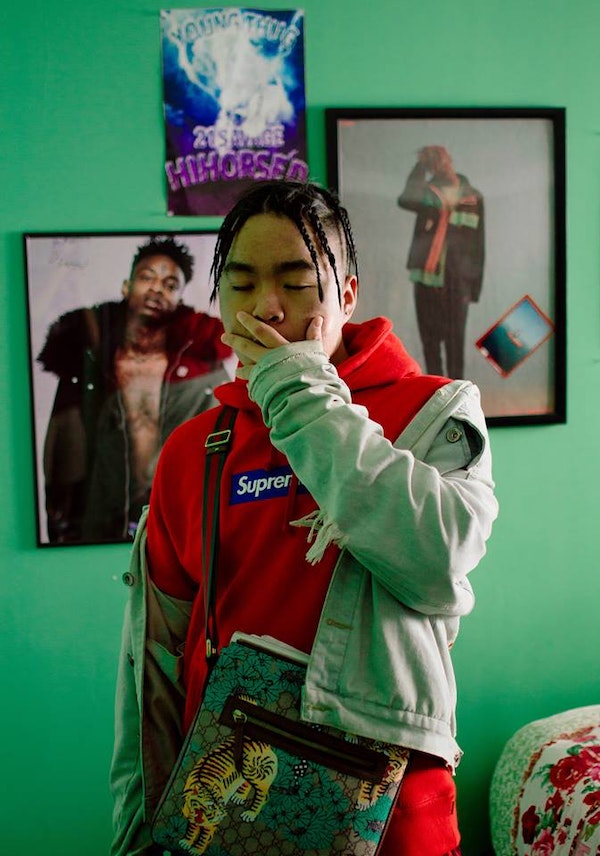 Orange County’s FOBGOD has steadily been on the rise as of late, working with the likes of Comethazine and continuing to separate himself from his contemporaries in the Soundcloud void. His style is almost tongue in cheek, combining the humor of modern day meme culture with the grittiness on trap music. His new single, “Crackhead Universe” is a perfect example of this, as he links up with 24kGoldn for a song that’s both funny and furious.

“Crackhead Universe” features clean, glistening synths that juxtapose the heaviness of the 808s and harshness of FOBGOD’s voice. His verse consists of some hard flexing and some smooth flows, making the song a complete, undeniable vibe. 24kGoldn comes in on the second verse, contrasting FOBGOD’s aggression with some sleek melodies. It’s a familiar formula, but the charisma of each artist makes “Crackhead Universe” stand out from the flock.

Listen to “Crackhead Universe” below, and look out for more singles from FOBGOD soon.