Five Songs You Need To Hear

We selected a few new tracks that you NEED to hear. 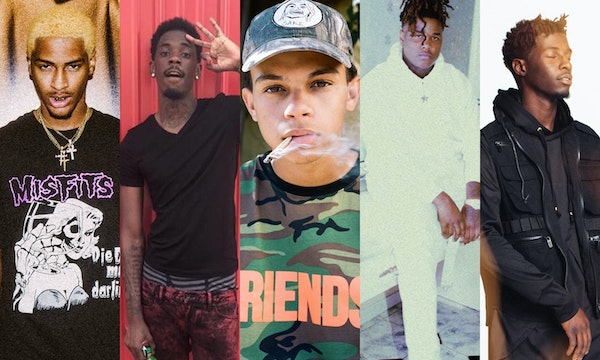 It’s easy to get lost in the sauce. Luckily, we hand picked five new songs from the past few days that you absolutely cannot miss.

Stream new music from D Savage, Vory and more below.

Darnell Williams isn’t playing any games when it comes to his new single “Fuck Hollywood.” The upbeat track finds the Detroit rapper coming with an overly aggressive flow, aimed at pointing out the fakeness often associated with Los Angeles and its surrounding areas.

Never count out Jimmy Wopo. After a short stint in prison back in 2017 stemming from a parole violation, the Pittsburgh trap star has come back stronger than ever. He links with D-Town icons Snap Dogg & Reese Youngn on his latest banger, which can be heard below.

You know his voice from your favorite Bryson Tiller tracks, but Vory is determined to make a name for himself and as of late, he’s been doing just that. While his tracks “Hold of Me” and “Do That Shit” continue to go up, the dread-headed vocalist returns with “A F R A I D,” a chilling banger full of switch-ups that’ll have you smashing the repeat button.

With only a select few tracks currently uploaded on his SoundCloud profile, this new heater from D Savage is a rarity. The 19-year-old Los Angeles buzzmaker delivers on “39/27,” a melodic slapper that’ll have your head nodding instinctively.

It shouldn’t be a surprise that Comethazine is taking off. His breakthrough single “Piped Up” continues to grow on the daily, and fresh heaters like “Wet” are bound to do the same. Don’t sleep on Comethazine, he’s got something special brewing.