Come out to Denver for your New Years.

One of the country’s most revered music venues, Red Rocks Amphitheater in Morrison, CO, has announced it’s first New Years Eve show with a star-studded lineup. The first show of its kind at the historic amphitheater, tickets are sure to go fast. While you surely won’t want to miss the countdown, there are plenty of artists on the bill worthy of showing up early for. Denver’s own Splyt along with Jairon + Cassidy, Maleman will start off the evening.

Next up are the lineup’s heavy hitters, who are sure to impress. Between Lil Yachty, Dizzy Wright, Migos, Young Thug, and Post Malone; nobody on this lineup is any stranger to playing sold-out shows.

With a lineup that rivals most multi-day festivals and a location unlike any other, attendees will bring-in 2018 with style. While there have been some concerns raised about ticket pricing and inclement weather, Elevator is here to clear everything up.

First, ALL tickets will have the option to include TicketGuardian insurance on their ticket. If selected, your tickets will be fully refundable in the event of any mishaps. This seems to be a leading concern among potential attendees as it’s a time of the year that routinely sees snowfall.

Next, regarding travel for those from out of state, Feyline has partnered with Visit Red Rocks to offer complete travel packages, which include a 2-night stay at Denver’s downtown Sheraton hotel, VIP show tickets & more.

If you’re thinking about making the move and catching this legendary lineup in person hit the ticket link below and get your finest furs ready. Ticket Link 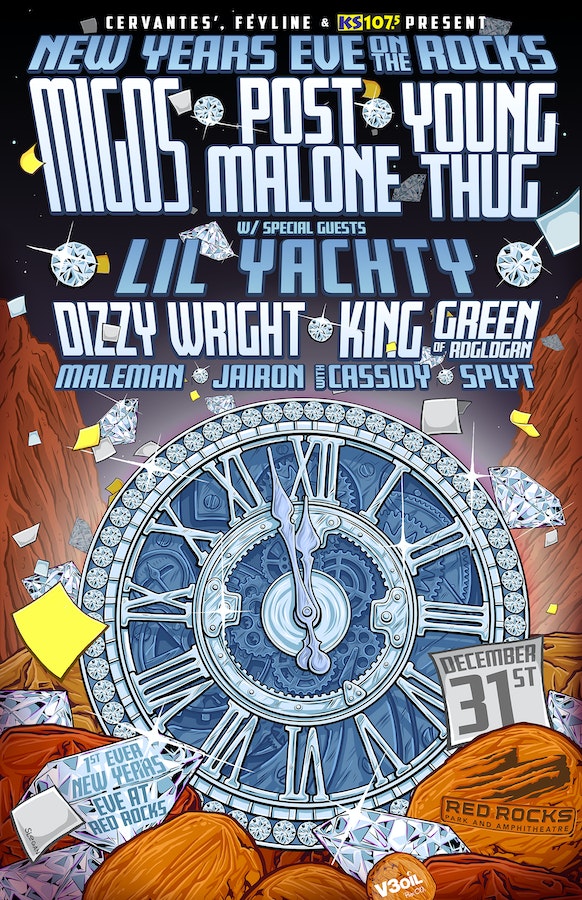