Some of our favorite artists we’ve discovered in our submissions 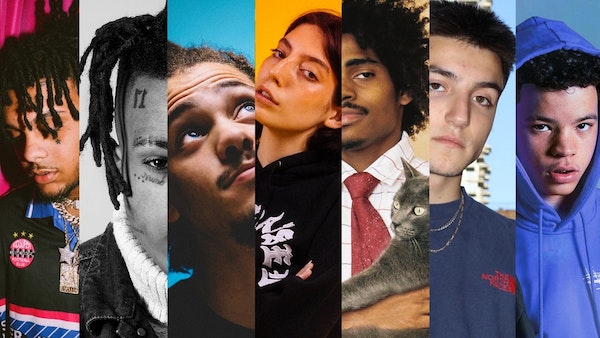 I often see comments that we don’t check our submissions. I even see people who try and ‘catch us’ by submitting private tracks to see if they collect 1 play after submitting to the site. First off, if you don’t see a play on your song after you’ve submitted it to us, well the truth is, we can tell in about 3-5 seconds if a song is a turd or not. I’ve been judging music since… well since I could figure out how to work my dad’s record player when I was about 8. And honestly, no matter what Soundcloud or Youtube says about how they track plays, that shit ain’t 1000% accurate, for dozens of reasons I’m not going to get into in this article. But I got news for ya’ll, we check EVERY submission. And why wouldn’t we? It’s not only our job, but it is our passion to discover new talent. So I thought I would share some of our favorite artists we’ve discovered through our submissions form and the songs/videos they submitted. Fair warning, there are some legends on the list. So if you have anything to submit, DO IT NOW –> elevatormag.com/submissions.

As far as I know, JW is currently signed to QC, who has a habit of stashing and developing artists for a few years. So I can’t wait to see whats coming.

Not sure whatever happened to the project The Valley he originally submitted but here is his first music video I produced for him.

How much harder of a track and video can 4 friends make in a 4×8 bedroom? Purpp was an obvious star from the first 15 seconds I watched. Catch a Lil Pump cameo in there as well.

I immediately DM’d Rojas who was actually the one who submitted this. He reminded me my actual words when I DM’d him were ‘Bro this is hard as FUCK’. RIP X.

Man I still love this song. Matty has been consistently been releasing solid shit since we dropped this in 2016 and is probably the biggest artist out of STL behind Smino.

Kaiydo’s got millions of streams but all his accounts are currently deactivated. Where did you go Kaiydo? Anyone know?

Jersey boy Trevor Spitta submitted this back in 2016 off a K Swisha beat. We actually ended up linking up to shoot a video for this joint, so s/o Trev.

Chai left us and went to South Korean to win their version of American Idol. From ELEVATOR to K-Pop star.

Literally a cooler John Mayer. Also fuck anyone who says we post Soundcloud clout rap. Also fuck you if you don’t appreciate when we upload music like this. Keep on jamin’ Omar.

One of our latest and greatest Quebec City’s Amen Deniro. All I can say is Canada is hiding some great talent, wtf Drake, put your peoples on.

Lucus isn’t even old enough to buy juul pods and he’s making music like this.

Egovert is a bi-racial angel. And he’s about to put out his first music video for his first million view song. Submitted to elevator 11 months ago. Still hasn’t paid me.

Here’s a few I thought I would include that, although didn’t come through our submission form were still sent to us randomly either via dm, email or text. That being said, best way to send us music is still the submission form until we launch our platform. Wait what? platform…. yes ;).

DJ L, who I’ve known for song long I can’t even remember how we connected, sent me this at midnight one night and I immediately sent to the whole elevator staff who questioned ‘why the hell are you texting me at midnight’? This is why.

Sent to me by Pinch’s manager at the time, letting me know every other outlet had turned them down. I replied, ‘well they’re all retarded’.

I don’t know whatever possessed me to open this 1 particular random dm. Often times I can just tell based on how you hit us up (grammar/vibe/whatever) whether or not you might have just sent something worth checking. But this was definitely a winner.

S/O Romy’s manager to getting us this video the old fashioned pr-email way. Romy’s doing big things and we’re happy to see it happen.