The time has come for Dex Meets Dexter. 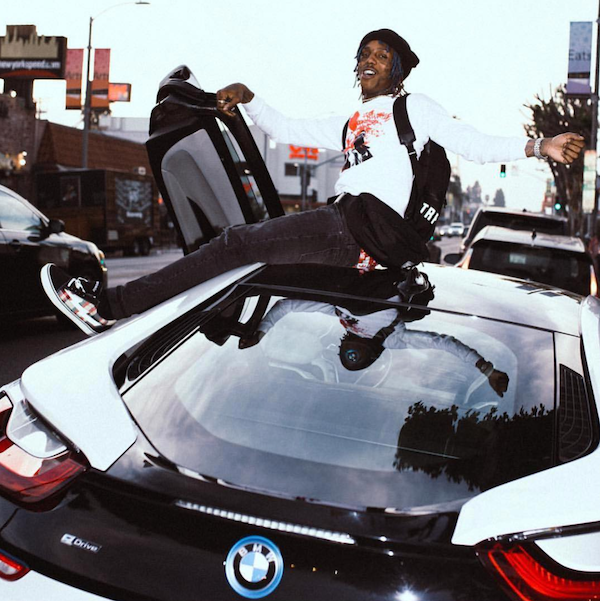 Since he exploded onto the scene in 2015, Famous Dex has always had the Internet talking. After signing with 300 Entertainment and Rich the Kid’s Rich Forever label imprint, Dex has released viral hits like ‘Drip From My Walk’ and ‘Hit Em Wit It‘ keeping the world’s eyes on him.

The Chicago native soon caught the attention of A$AP Ferg, appearing on two records from his latest mixtape, Still Striving. After making an incredible impression on the A$AP Mob, Dexter connected with the group’s frontman, A$AP Rocky for an unforgettable collaboration, Pick It Up. The FKi produced record was released in October of 2017 exclusively with Complex. After a few short weeks, the song entered the Billboard Hot 100 charts. Now the record is certified Gold, currently sits at #77 on the Billboard Hot 100, and has over 93 million total streams.

Along with the premiere, Dex has announced his debut album, Dex Meets Dexter. The instant success of Pick It Up shouldn’t come as a surprise as Complex called the record “exciting,” XXL referred to it as a, “potential club banger,” and Hot New Hip-Hop stated, “The song itself certainly lives up to the hype, and both rappers play to their strengths.”

The AWGE/Hidji Films directed visuals took place in New Jersey with Dex and A$AP submerged in an crazy flea market, surrounded with beautiful women and bootleg fashions. Famous Dex’s debut album, Dex Meets Dexter will be available for the fans this Spring.

Watch the Pick It Up video below: