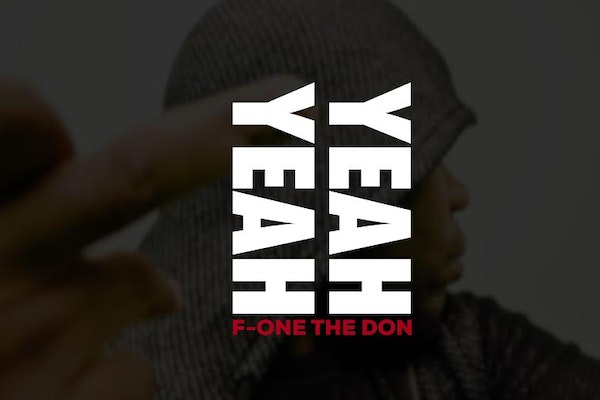 Born in Republic of Congo, F-One the Don is on a quest to bring something new to the modern rap game. Growing up in Africa, Europe and the US before moving to Toronto to focus on his music career, his worldly experiences help F-One bring different flavors to his music—a melting pot of modern trap with notes of his African heritage, plus 2Pac and G-Unit influences.
With his new single, “Yeah Yeah,” F-One releases a new video to compliment his mission and bring different vibes to the people. Produced by Guala G, “Yeah Yeah” is a wavy track with an array of strings and synths, an open canvas for F-One’s spaced-out, auto-tuned vocals to speak on his past. Looking to establish himself as the first rap artist from Congo, “Yeah Yeah” comes from F-One the Don’s upcoming project, Too Cool for Words EP, currently set to release in early 2016.