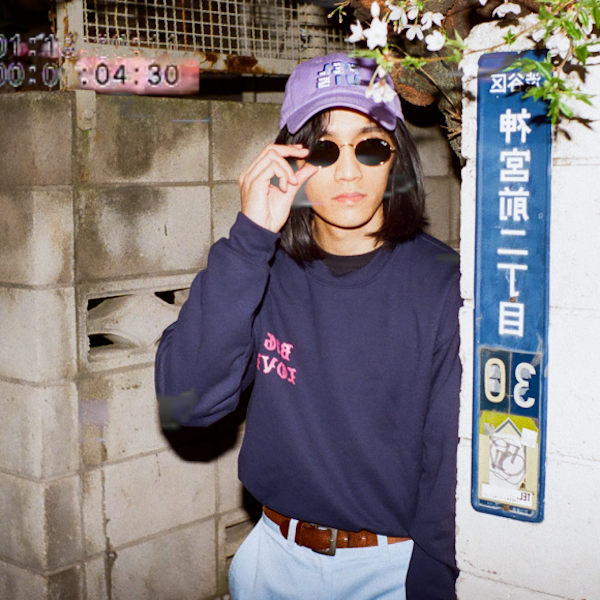 Manila, Philippines musician and record producer, Eyedress, formally known as Idris Vicuña, gets all of the praise when it comes to his lengthy evolution in music. From growing up in a less developed country to experiencing the unadulterated highs and the relinquishing lows that everyone is familiar with in life, there is a particular strength that sprouts from all of these shape-shifting changes—him being a sole reflection of that.

Idris’ ability to perpetually present to the world the raw & vulnerable side of himself is what makes him living proof that no matter what battles he faces, he continues to be oozy yet tough & sturdy. Connecting back to the ideas surrounding his newly released album, Sensitive G, it makes absolute sense for him to choose this title.

The album is 52 minutes in length, consisting of 20 songs that all have their own unique essence attached. Eyedress’ sound on this album carries a west coast influence with a splash of beach pop and indie rock, which further redefines the genre that he has created for himself.

His entrancing vocal arrangements paired with sharp mixing and mastering of live instruments are nothing short of riveting & refreshing to the ears. More importantly, his story is one that needs to be heard with urgency, as felt that countless amount of people can relate to the brilliant & adept musical genius.

After announcing the Eyedress U.S. Debut Tour back in September of this year, he is set to hit 15 stages across the North American continent. Tickets are available for purchase so check out these dates below to find out if he will be in your city. It’s an experience you wouldn’t want to miss out on. 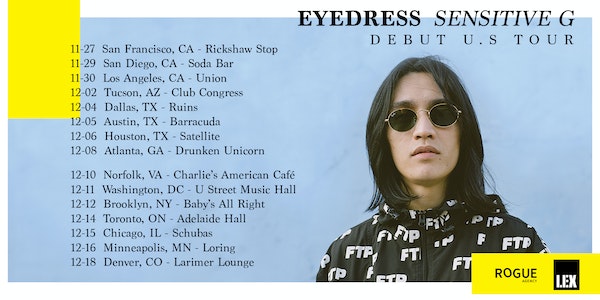