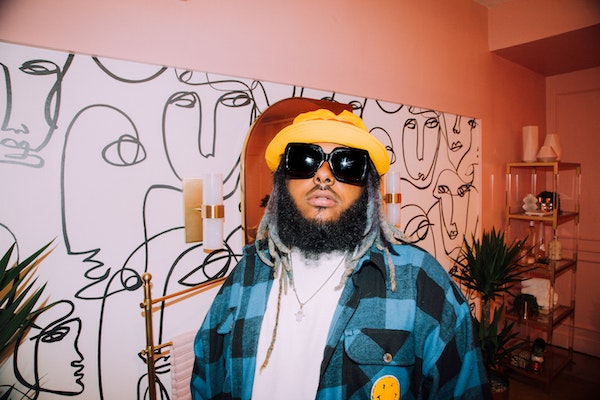 Emerging from Orlando, rising emcee SKYXXX is taking over the year by storm with his latest slew of releases. The Dominican artistry saw success as early as 2013 with his single, “Bangk,” gaining nearly fifty thousand views since its release. That success was followed by several indie projects including And Then The Moon Fell and Sixxxty. However, things really didn’t take off until after the release of his 2018 project Hellbound Radio. It boasts standout cuts like “OMW” and “WICKED,” which propelled SKYXXX to new heights.

In 2019, the momentum increased once he signed to Warner Records, the label responsible for breaking artists like Lil Zay Osama, Wale, and YFN Lucci. SKY releases his major debut back in August with the visually creative “Hotboy.” Since its release, the music video has garnered over one-third million views and even got a remix from NLE Choppa. Check out the interview below.

How did you initially get into making music and if you weren’t, where do you think you would be right now?

It’s pretty much the same story as most artists. I ran into this tape when I was a kid, it was from the Fugees. That was the first rap I heard and that’s what got me into rap. If it weren’t for music, I don’t know where I’d be right now. Probably still doing mad shit, there wasn’t really a plan B.

Linking up with NLE Choppa for your “Hotboy” remix, what was that like?

It was my first time meeting him in person and he’s a cool dude. It was good to work with him blowing up like that and still being young.

Is that song, in particular, a glimpse of what we can expect on your forthcoming project?

Yeah, as far as production. It’s still going to be minimalistic beats, but the project is going to be much more lyrical and even some radio tracks like “Hotboy.” So far, I think I’m only going to have two or three features on it.

When your fans hear it, what do you want them to take away from the project?

That’s a good question so I want to give you a good answer. This is a game of talent and skill and that I take this seriously. It’s more sense of they’re going to notice I’m trying to last in this game. I’m not tryna make a few hot songs and depart.

How was Complex Con, I heard you dropped ten thousand on pillows.

Haha, honestly it was crazy. We didn’t plan to do that. We came across this lady with the intention of selling one of them and ended up selling 24,000. That was the point of that, but I don’t think that was very smart money decisions. But I don’t buy chains and stuff like that so fuck it, might as well buy a $2,000 pillow.

When making music, is there anything that influences your creative direction in the studio?

It depends. I like to challenge myself. When I’m cooking up ideas, I’m usually fucked up because I’m with someone I’ve known for a long time. We’ve got that vibe and have the time to put stuff together. I get lit and we just lay ten to twenty cadences down and make songs out of that. I just worked with this producer Oliver, who did stuff for Travis Scott, and I just matched whatever he was cooking to keep challenging myself.

Looking back on your old projects, is there anything you would change about them?

I definitely would’ve made them a little louder. I would’ve taken out lot more lyrics and said: “I walk up in this bitch like I’m a hot boy.”

What would be your end goal as far as music?

I don’t have an end goal in music because I’ll always make music. I want to do good for my city with my brand called Local Trash. I guess what I would want money wise is to get to the point where I can provide something where the people in my city can see this can happen for them too.