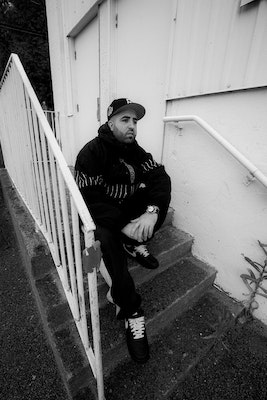 Jay Worthy has established himself as the underground voice of Compton, CA. Highly respected by so many of his peers from the likes of A$AP Yams, Curren$y, YG, and many more. The Compton artist has help propelled half a dozen collab mixtapes. Which Includes Aktive from the LNDN DRGS duo producer Sean House, worked with G-Perico and Cardo titled G-Worthy. There was also the album with Left Brain Brain On DRGS and my personal favorite Umbrella Symphony with Curren$y in 2019. Jay Worthy makes music for the soul.

He recently released a new video for his collab record with Los Angeles based producer Shlomo titled "You Know." It is a song from their collab tape released this year. The song has the sounds of soul and Jazz we typically hear from the underground legend. Worthy seems to be able to mold into the sound of any producer he chooses to work with. He adds his own twist to every joint project, making his stamp while continuing to uphold the overall vibe with the producers he links with. We sit down with the smooth rapping Worthy to speak about his musical influences growing up, how he picks out his beats, and what's next for him.

What part of Los Angeles best represents you and your legacy?

Well, I represent Compton which is its own city but I give it up for the whole LAnd period south-central all the way to Inglewood I’m all city with mines but yeah I’m from westside hub bity!

When picking beats, what type of feeling do you aim for? Who’s your favorite producer at the moment?

Anything that makes me wanna rap sometimes it’s a certain melody, sample, or drum pattern but soon as it comes on, I know. Sean still my favorite producer.

Umbrella symphony was one of my personal favorites from your catalog, how did the curren$y link up happen and what was it like recording with Spitta?

Curren$y was always posting our music and showing love so we just started talking next thing u know I’m on a flight to New Orleans and we recorded umbrella symphony in one night, we built a long life friendship just like that, that's a real big homie right there shoutout Spitta. 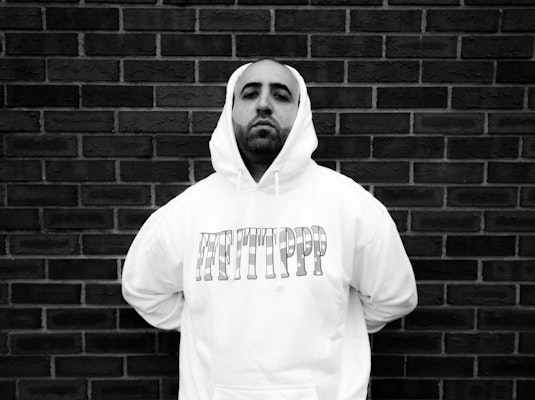 If you didn’t do music, what would you be doing?

Y’all already know what I would be doing LOL

From all the artists coming out in the past 5 years, is there any that stand out to you or have your respect?

All of Griselda, Brent Fyaz, Thundercat, Kamasi Washington, Levan kali that’s my shit right there I don’t listen to a lot of new rap but I respect it all.

You have a lot of old school influence in your music. How would you describe your sound?

Sh*t that LNDN DRGS is that raw and uncut funk with some rap on it that real gang bang music but my worthy projects vary depending on who I’m working with hard to put a genre on my sound I feel like it’s diverse.

Growing up what type of music would you hear being played around you the most? Do you think that has an influence on any music you do today?

A lot of soul and oldies and definitely I feel like that’s the other sound of LNDN that classic 50's Chevy sound that sherm music.

Besides the fact that your music is fire. You are well respected amongst many artists and influencers today, why do you think that is?

Sh*t, I couldn’t tell you but I appreciate everyone's support. It just be how I move I guess people gravitate towards that ain’t no faking in my funk real KATHOO!!

What is the message you want your listeners to walk away with after hearing your music?

If you not from where we from hopefully I’ve painted a picture for you much like how Cube would would do on his early records or NAS I'm tryna bring you to where I’m at every song is a movie set you dig "come into my world" as Bootsy says.

We re-released that on DSPs and vinyl for the real heads cause they were begging for it, next up might drop burnout 4 we been having some complications with our computer pray for us lol hope that shit doesn’t crash!