News
May 5, 2017
Here’s everything we know about Kodak Black’s sentencing

I’ve been waiting to say this for ’bout six months: things are looking good for Kodak Black. 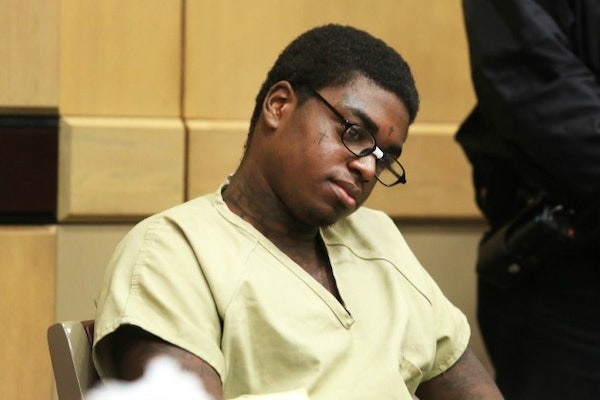 Earlier today, the 19 year-old formally known as Dieuson Octave appeared in a Broward County courtroom to be sentenced for the five counts of willfully and substantially violating his house arrest, which he was found to be guilty of last week. Things immediately started looking odd when Octave walked into the room with a new lawyer, but started to shape up as the hearing went along. Claiming that police reports about his charges “Aren’t the full story” and are “One-sided,” Kodak’s lawyer Brad Cohen presented a very favorable case.

Additional statements were read by members of Kodak’s family and Atlantic Records representative Michael Kushner, who added the Project Baby’s “extraordinary creativity and almost overnight success could lead us all to forget he is still a teenager facing temptation most adults would find difficult to manage.” Furthermore the 19 year-old read a letter he wrote himself, apologizing for all of his actions and explaining to the judge that an 8-year sentence would demolish his career.

I also apologize to my mother. On April 26, when she broke down in tears, it pierced my heart. — Kodak Black

I know the fact my life is in your hands right now. — Kodak Black, to Judge Michael Lynch, during statement in which he apologized to court

“Depending on the outcome of this case, it can be the beginning of my career, or the end of my career.” — Dieuson Octave, aka #KodakBlack 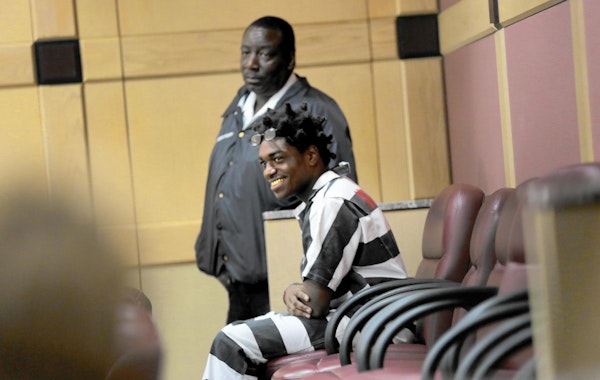 The judge ruled in favor of Kodak Black by sentencing the rapper to 154 days in jail with the possibility of being free in less than a month. Given that he completes an anger management/life skills course while behind bars, his sentence will be reduced to 180 days with credit for time served.

Ultimately, the Project Baby could be out makin’ hits in less than a month. This is absolutely incredible news and for once, it looks like “they” want to see Lil Kodak winning.