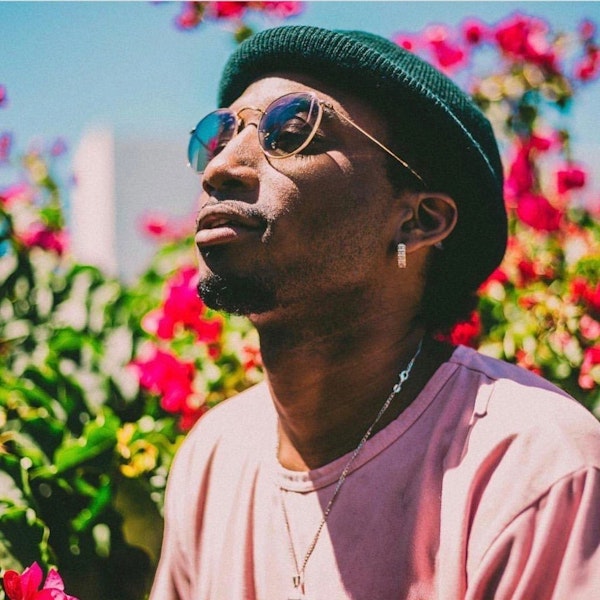 Troop Brand has a new album out called Carpe Diem. It is an R&B/Soul offering from one of music’s grooviest voices. The album bleeds sunshine, positivity, and indie sensibilities. ELEVATOR caught up with the rising artist in his hometown of Atlanta, Georgia for an interview.

My earliest memory definitely involves my mom and her touring singing gospel.

Do you have a musical family?

Yeah, my mom and my little brother. Both are extremely talented and inspire me all the time.

What do you remember about the first song you recorded?

I remember every word. I haven’t thought about that in so long and it’s hilarious, thanks for that.

What influenced you to make the genre you make today?

A combination of my life experiences and the things I listened to growing up. A lot of gospel. A lot of old school like Al Green and Marvin Gaye. A lot of Kanye

How did Cherry Trees come about?

That was me, Prabhu on the guitar, and my producer Prof X playing around. The record was actually done for awhile before Kota added his verse.

How did Poison come about?

Why release those two before the album drops?

Those were my faves and I think the juxtaposition of me rapping and me singing showed my range.

The album is called Carpe Diem which means Seize the day. Why name the album this?’

As a reminder to get off your ass and work for what you want. It’s honestly a note to myself to keep going and keep applying pressure. Keep your foot on their necks.

How collaborative were you when putting this album together?

I was super closed off at first then I started to let people in afterwards.

What was the first song you made for the album?

I think it was “Lituation”.

What was the last song you made for the album?

How involved were you with the music videos for the album?

All the videos came from my ideas then videographers fleshed them out. 2 are out and 2 are unreleased .

Free as a bird. I’ve been entertaining a lot of meetings since the album release though.

What are your thoughts on the state of the industry today?

The name Troop Brand — How did this name come about?

It’s a family name. The brand is more than just the music and I want to be 100% clear on that.

If you could collaborate with any living artist, who would it be?

How do you approach your live shows?

I have a set that I’ve practiced a lot. Now that the album is out, I’m getting ready to switch it and have my first full album performance show.

What is your favorite song on Carpe Diem?

That’s hard when you’re a creator, I love them all and the last song you make is always your favorite.

Who are you listening to currently?

What inspires you to make music?

Life and the pursuit of your dreams.