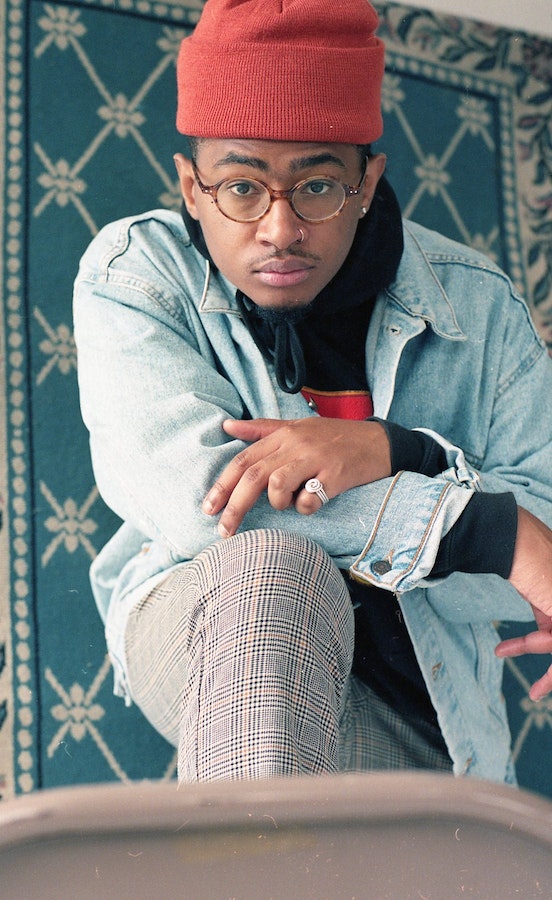 Musa Reems is a 22 year old rapper. ELEVATOR caught up with the artist in his hometown of Chicago, Illinois.

I think Chicago in particular is a very interesting place right now. You have Kanye West. You have Chief Keef. You have Chance the Rapper. What was it like for you an artist when those guys were putting a stamp on the city?

I remember… the most recent album from Kanye I remember enticing me was Graduation. I was old enough to remember that. I was in middle school. I experienced the Renaissance with Chance, Save Money, Pivot Gang. People were coming up in the city. You could tell a shift was happening in Chicago in terms of streetwear and skate culture. A lot of listening parties were thrown at places like Juggernaut. We have places like Fat Tiger too. It’s a great community of people working together out here. It’s a lot of different lanes. This gave a lot of artists the liberty to do what they want to do. I never feel like I’m in a box out here. I want to try things. I’m curious about certain things. I can reach for that and I won’t be ridiculed for that. I can stay open minded about my process of creation.

Do you have a musical family?

I’m the only one who does music.

What do you remember about the first song you recorded?

The first song I recorded was a Blue Magic sample. I was in a group called Children of I.L.L.I.O.S. I started recording that at Sound Sketch Studios. It’s on the Westside of Chicago. Chance was recording there. Vic was there. Treated Crew was there. I wanted to learn from the best. That’s where I learned about the sonics and technicalities of music. It was a trio. Me, Kairo Jones, and LUMO. We rapped over that. We kept on making music. We went on to college. I kept pursuing my music career. I got to figure out stuff for myself and how to make my own records and focused on the holistic viewpoint of the song.

Who was the first person to call you Musa Reems?

Musa Reems. When I started rapping, I was just Reems. I was MC Reems. I started thinking of names, I wanted my name to be three syllables. A lot of people said I act like my pops. He is a talker. He has the gift of the gab. Growing up, he would talk a lot. They used to call him Moses. I just took Musa in Arabic. My mother’s name is Kareem. My homie Space got it to stick for everybody.

What would you say is the state of the music industry today?

I think it’s in an interesting place. The ability to put out your music and be independent makes the sky the limit. I think that’s important. This gives a lot of people the chance to create what they want to create. It’s in a transition period. We’re also in the technology age. I also studied music business at Colombia, I have a degree in it. It’s cool to see how diverse the industry is today.

What is the process for you in the studio?

I write everyday. As of late, I’m making everything from scratch without samples. I work with a producer. I usually use adjectives for certain things. I usually like starting fresh. I like challenging myself. I like to work on the production. I like to sit on records. My next project I started in the summer of 2018 and it’s dropping this year.

What is your goal in music?

The goal is to tour internationally, to be a Grammy award winner. Just to reach as many people as I can. I want to connect with people. I want to be relatable.

I have a single coming out in October. On November 12th, the EP is dropping. It’s a concept of a letter to me, myself, and the listeners. We have a lot of videos and are also planning a listening party. Being active.