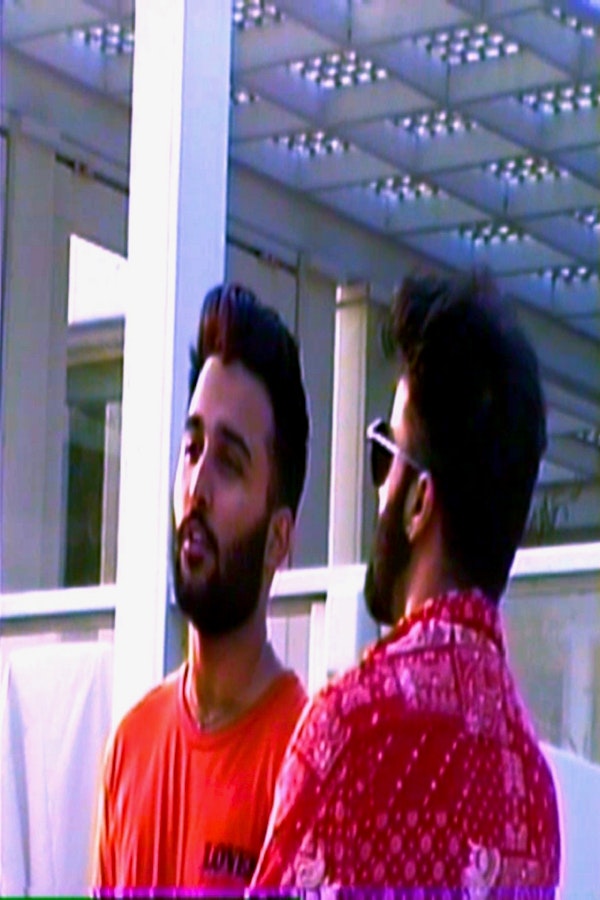 Mavi’s new album Let The Sun Talk is out now. ELEVATOR caught up with the artist in Charlotte, NC for an exclusive interview.

Me and my dad in a Volkswagen Passat at some point in the early 2000s. 2003 or 2004. I was three or four, a baby. We was running Dead Prez, “Be Healthy”. That’s the first song I ever remember hearing. Dead Prez is this rap duo made of stic.man and M-1. They’re from New York, they be on some socialist, social justice, Marxist shit. This song is all about being on the up and up. They’re some of the best rappers ever.

How musical is your family?

Real musical. My dad is a producer. His mom sang, as well as everybody else on my dad’s side played in gospel quartet led by my great granddaddy called The Flying Souls. They used to go play shows all through South Carolina. There’s definitely

My cousins – my momma’s sister’s kids – are who I first rapped with ever in my life. My cousins were a conduit for music discovery. They put me onto Chief Keef and they put me on to Drake, you know what I’m saying? It was mad growth that was coming as a result of me living with my family, hella sounds. One of the first things that inspired this album was hearing a song at my grandma’s funeral three years ago. It’s about bringing this shit full circle and translating it into my language, a language that they may not be able to reach but would be happy to be represented by.

What do you remember about the very first song you recorded?

I wrote it on Christmas 2015 and it was a remix to Menthol by Isaiah Rashad. I recorded it on a microphone headset that you would play video games on or do telemarketing on. I recorded it on Audacity. It was about a heartbreak I had when I was 14. It was fun though. Good intro.

How did the rap name Mavi come about?

It’s not so much my full name. It’s more like… I was a kid. My name’s Omavi. It’s a really African name. My folks are really generationally American people. I’m not an immigrant or anything. My family is all regular South Carolina people, I’m very South Carolina person with a name like Omavi, it stands for power. I came from people with names that were not Omavi. They’re not necessarily run of the mill names but they’re not that kind of name. It was unfamiliar for them to pronounce. One of the things that was easy to get was Mavi. That was always my childhood nickname with my family. When I started having friends for longer and longer, they started calling me that. Now it’s like people don’t even know that that’s not my name. That’s just what it is.

I don’t know. The genre I make today is hip-hop. I feel drawn to that because of the art-form. It’s for people like me. It was made in the New York community, in the neighborhood. People who love each other and live amongst each other and made music and danced together and filled the air with joy. I really appreciate that. I just felt like in my upbringing the rappers were always the most prolific writers in my life at any given point. I always valued being able to write well and be able to express myself well. That is the medium through which most of my experiences will come through in because it allows custom designs for my identity.

When did you first join social media as an artist?

As an artist… probably – well, I used to have a regular Instagram. You can scroll down and see. I would post pictures of myself like a regular dude. I stopped using social media at least publicly for just regular consumption of ideas probably almost two years ago.

What does social media do to music?

It’s helped a lot of music that would have gotten heard get heard. It’s allowed a lot of music that would have never gotten made get made. It allows for the propagation of fast food style music. It’s like how it allowed for the propagation of fast fashion. It’s allowed hastily drawn up think-pieces about cultural circumstances that are not even weeks old. All the things about social media that make you heart race and draw that anxiety out of you, it’s the same thing with music. It’ll shorten your attention space. It threatens genuine attachment to music because of the critical tone on social media on music, even on the music that you like.

How diverse was your upbringing coming up?

Killswitch is my family. They are my brothers. Their mother is like my aunty. It’s a reason why it’s Killswitch because you could die real easy. When I was talking about my after-school program where we res recording, that’s when I met Killswitch. With a lot of people in the program who were making music, I noticed they had no rhythm, no swag, no vocabulary, no ideas. That’s why those of us in Killswitch gravitated to each other. I really love doing this. All my niggas in Killswitch love doing this shit. We can live, eat, sleep this shit. I went to Ahmir The King and walked up to him and said I’m finna come rap with y’all. I was just like yeah, we got to figure something out. I was like we’re going to. Charlotte’s rap scene for what I’m trying to do wasn’t the most nurturing environment as far as signals that this is going to work or this is viable. One of the only signals that I didn’t make up in my own head or that wasn’t a complete delusion was my friends being alongside me.

What genres do you appreciate outside of hip-hop?

Funk, jazz, soul, gospel. All kinds of shit, bro. Rock. I can get into a lot of shit if it’s by the right people and they’re coming at it from the right angle. It’s more about having that rapper swag and energy stepping on the track. Intentionally, I listen to very little hip-hop hip-hop on the daily.

Let’s get into the album Let The Sun Talk, starting with the album cover. 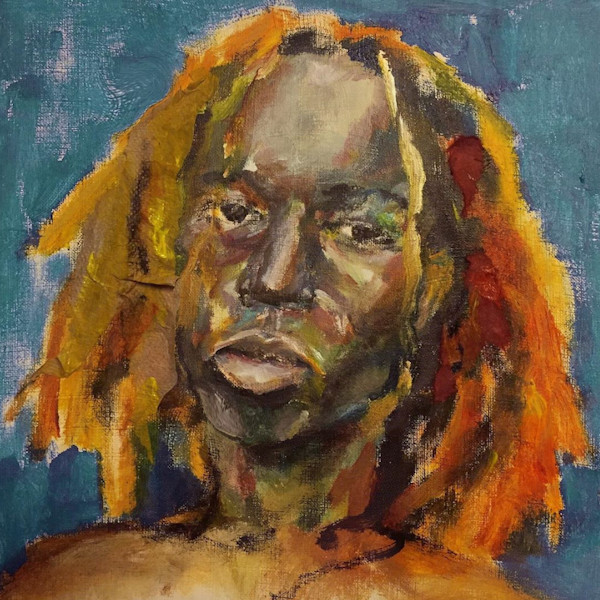 Our vision was basically to have me be the sun against the sky. We had this really good portrait against the sky. As far as the tracklist, there is a quote at the bottom “The love of beauty is the beginning of wisdom” that is an interpolation of a Bible verse “Fear of God is the beginning of wisdom”. That interpolation was made by Sun-Ra, who is a huge spiritual influence on this album. His pursuit of beauty led him down scientific roads, religious roads, musical roads. That’s really what I was trying to do. I wanted it to be colorful, jump off the page. I wanted it to be iconic. This is like when the Sun’s out when you see it, every single time.

When did you start making this album?

The album title came to me in the summer of 2018. Basically, I was performing one time. It was really sunny. I was posting a video of my performance and I was thinking of a caption and I captioned it Let The Sun Talk. Two months after that, me and my dad was driving from DC to Charlotte, coming home. He was telling me about… [fades out]

How much of a perfectionist were you with the album?

My part was done for a long time before I could get the engineering part done. It was really stressful and really depressing. Other niggas albums is coming out in the meantime while I’m waiting. This ain’t considered super new music except for one song. I was just feeling like damn, I’m ready to have this thing out of my lap just so I can move.

How did you decide what made the album and what didn’t?

He’s one of my dearest friends. He helped me a lot. I try to help him where I can. He taught me a lot not just about rap shit but about being a man. He’s a teacher. It’s in his nature to be that way, to be a shield and to pay it forward. We got similar spirits so we get along really well. We be cooling, bro. That’s my nigga.

When you got the beat from him, what was the recording process?

I wrote it immediately. The day I got the beat from him, the beat was the third message in our text message thread. I wrote it with the intention to rap my ass off. With how people already perceive me in relation to him, I’m just wanting to impress him because he’s a cool nigga. I really wanted to get off these bars on that one.

What is your manager and label situation today?

No manager, no label. The label thing, the tone is changing. Management, not so much. These things are things I’ve never had. What I’m trying to do is make it so that I can have the best, so that I have the most money to show for the work and enough money to propel me to make the best music I can make in the future. As long as my vision is maintained, I don’t care that much. I have specific wants for a music career but it’s also coming from a place where I never expected it to happen for real. I’m not finna fuck it up now, at all. That’s how I move as far as my business. 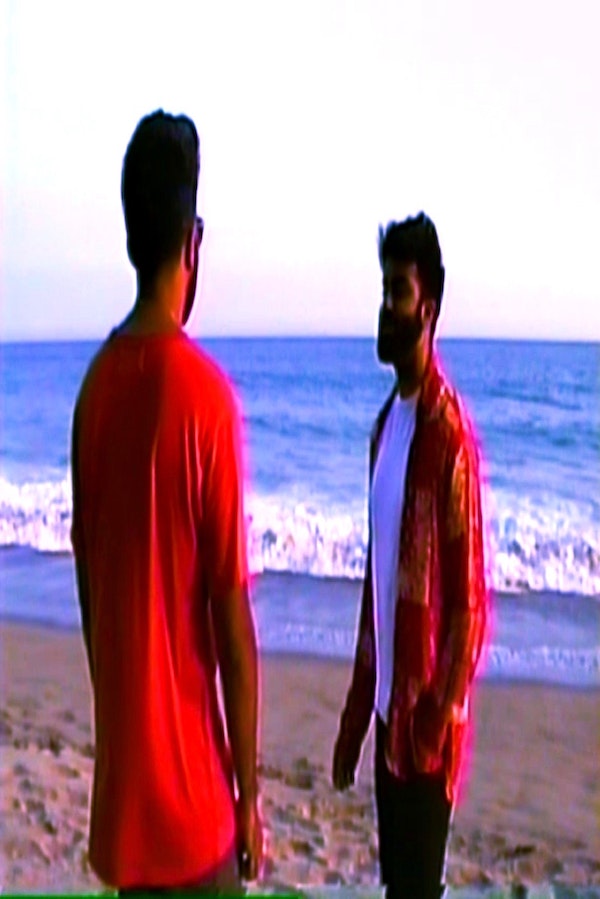 I’m doing mad features with everybody. I’m finna drop a whole other project as soon as everybody’s tired of this one. I got hella films for this project. I got merch. Shows.

This interview has been lightly edited for clarity.