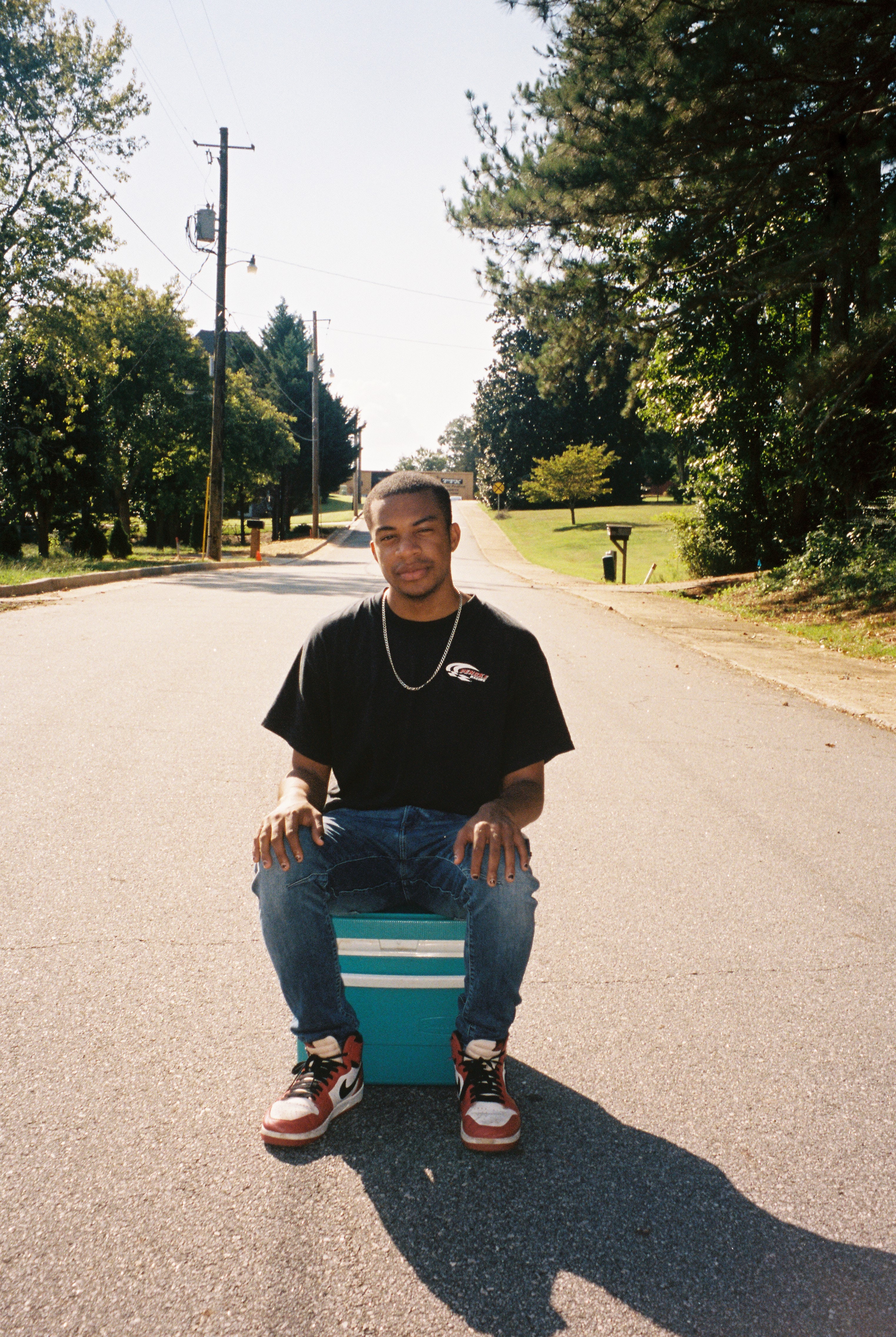 Hanzo’s new song and video for Civic is out now. ELEVATOR caught up with the recording artist and producer in New York City for an exclusive interview.

What’s your earliest memory of music?

My whole family is very musical. I have a lot of family members who have been in and around the industry. My grandmother played old soul records in the house when I lived in Charlotte. The earliest memory was Destiny’s Child concert with my parents. I love Beyonce. It was lit.

How much a working musical history is there in your family?

My dad worked for a label, unrelated to anything I’m doing. He was also a drummer. That influenced me.

What do you remember about the very first song you recorded?

It was a song called 10 12 16. It was a very different time, hanging out with the THOUGHTCRIME kids. I was in my friend Duncan’s basement trying to figure out how to use Ableton.

Why the name Hanzo to release music under?

It represented the energy. My favorite movie is Kill Bill. Hanzo, the character in Kill Bill, made swords. He was known for being so fye at what he did. His reputation preceded him. It fit. We also made a very early song about Kill Bill. It was a vibe for sure.

What does genre mean to you today?

I think everything is going through this melting pot. You take the best parts of what you like and put it together.

Do you remember when you joined social media as an artist?

2 years ago, I made my name Hanzo on everything.

How do you think social media helps or hurts artists today?

I struggle with how I want to portray myself on social media. I don’t want to become known for being a meme. I don’t want to water down what I do and what I feel I can contribute. It might openly be a detriment to how art as a form progresses.

How, if at all, does THOUGHTCRIME influence your music today?

It’s still a huge influence. Those are still my homies. We met at a Bootymath art show like four years ago. I had a cigar in my mouth, weirdly, and Father walked up to me and was like, “Yo, you got a cigar. That’s tight. Then the rest of the THOUGHTCRIME kids “Yo, Fats talked to you, that’s cool. We all just started hanging out after that, making music and shit. We had that DIY energy I apply to everything I do that I don’t think I’ll ever let go.

How did Neilaworld start off?

It’s separate. It’s been around since 2016. I wasn’t there for the beginning of Neilaworld. A friend of mine put me onto one of the artists’ music two years ago. I was such a big fan of his. I looked at his Twitter bio and saw Neilaworld in his bio. I ended up being a fan of all these kids individually. I’m about to go see them in Atlanta.

How has social media affected music?

What was your relationship with Awful like prior to signing?

I’d met people in the Awful camp before just being homies with people who are already signed. I’d been to all the shows in Atlanta. They’re a pretty big influence. By the time we met, we already knew about each other.

Who are your top five favorite rappers of all time?

If you could work with any artist today, who would you work with?

Brian Wilson from The Beach Boys.

I’d just gotten pulled over. I’ve been pulled over more than enough times. I grew up in a pretty suburban area. Predominately white. I was tired of that. Tired of being scared to fucking drive around where I grew up. I took it down. I was getting a lot of negative comments from people who lived around me and didn’t share the same experience. I didn’t want to distract people from what I’m trying to do with art. I want to re-drop it. It’s a powerful message and needs to be heard.

From song to song, what is the connective tissue?

I was super down. I remember being in a crazy slump in life. I had a court case going on. I was bogged down. I made that beat with these chords I got sent. I heard the chords and wrote the song. I recorded it in fifteen minutes. I dropped it that day. Sometimes I use my Soundcloud as a diary to feel better.

What was it like making that song from a lyric writing standpoint and putting that song together as well as shooting the video?

I wanted it to represent me. That was the first song I did with Awful. I didn’t want to do anything that didn’t feel genuine or authentic. I want to have a fun time. I literally made a song. I used my old marching band equipments. Some old hand drums I had laying around in my room for years. The song is about my high school summers dating this girl I’m still dating. The whole song being genre-bending describes me and how I feel about life as well. There’s no black and white, it’s all grey. Deadpicasso’s the good homie. An amazing talent. That was my parents’ house in the video. That was the elementary school behind my parents’ house. That parking deck in the video is where I used to hangout with my friends when I was younger. Just wanted it to be real, hopefully that resonates with people.

Did you really drive a Civic?

What is your management / label situation?

I have a manager. Shoutout Jeff Bowers from Wax Management, amazing guy. With Awful, I’m not sure of the correct verbiage, but it’s more of a distribution thing.

How many songs do you have in the vault right now?

Dropping this one with Awful and having fifteen songs out, I feel I’ve made 1,000 songs. I make songs pretty rapidly. I open my laptop and see how I’m feeling.

When can we expect a new album or EP?

What are you listening to these days?

Ever since Jai Paul put out that re-release, a lot of that. A lot of Beach Boys. Frank Ocean. I love Duwop Kaine. Slime Dollaz. All my Neila boys, all my Awful boys. Shoutout Grandma. If you don’t know Grandma, check out Grandma. Love that man.

This interview has been lightly edited for clarity.