The “9 Times Out Of 10” rapper is poised to be Atlanta’s next star. 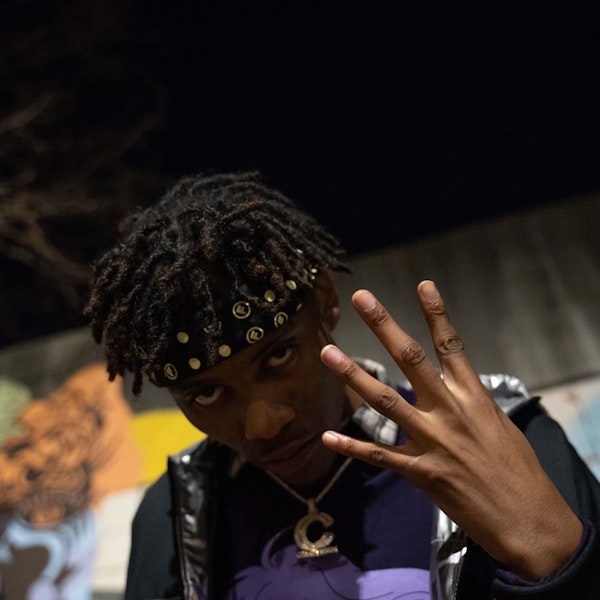 Repping East Atlanta, rising artist Big Havi is propelling to new heights thanks to his latest slew of singles. The 19-year-old rapper shot to the top of the charts with his infectious single “9 Times Out Of 10,” which gained a number of support from Atlanta’s DJs and radio. Havi had it pretty rough as a child, but hard times shaped him into a man of talent. The Atlanta-native recently inked a deal with independent powerhouse Commission Records, who is responsible for other lyrical acts like Derez De’Shon.

Soon enough, Havi will be on everyone’s radar for his tuneful rhymes and effortless flow. He is currently preparing to drop off his highly-anticipated debut project later this year. More recently, Big Havi has garnered co-signs from Atlanta gatekeepers like T.I. and Lil Baby. Check out our interview below.

Walk me through your childhood, what were you like during your adolescent years?

Growing up I was kind of a lost child, I always knew what I wanted to do preferably but at the time I didn’t know what or how to get there. I grew up in a single-parent household so it was only me and my mom. I had it pretty rough back then we weren’t the most fortunate so somethings I just knew I better not ask and go get it myself. All and all, I’ll say my struggles made me the man I stand to be today.

How did you gravitate towards music?

I always been into music, I was raised into music so it’s really second nature to me.

When you initially started doing music, were there any artists or sounds that influenced you?

Definitely, guitars & pianos have always been something golden to my ear.

When you’re in the studio, what drives your creative direction?

Honestly the vibes around me, it gotta be chill so I can create.

“9 Times Out Of 10” is seeing major success, what do you think made the record so popular?

It’s real, anybody can relate to it especially if you ever lost someone or had a “friend” change on you.

The song was also featured in Spotify’s “Most Necessary,” how does it feel?

It feels so surreal to me I really appreciate it. Real humbling.

It also caught the attention of Commission Records, what made them stand out amongst your other offers?

It felt like home. They have a very high belief in me as an artist and most importantly it felt like somewhere I can get my chance to shine and stand out amongst other talented artists in the game.

Looking into the future, what do you have coming up these next few months?

A lot of music and visuals.