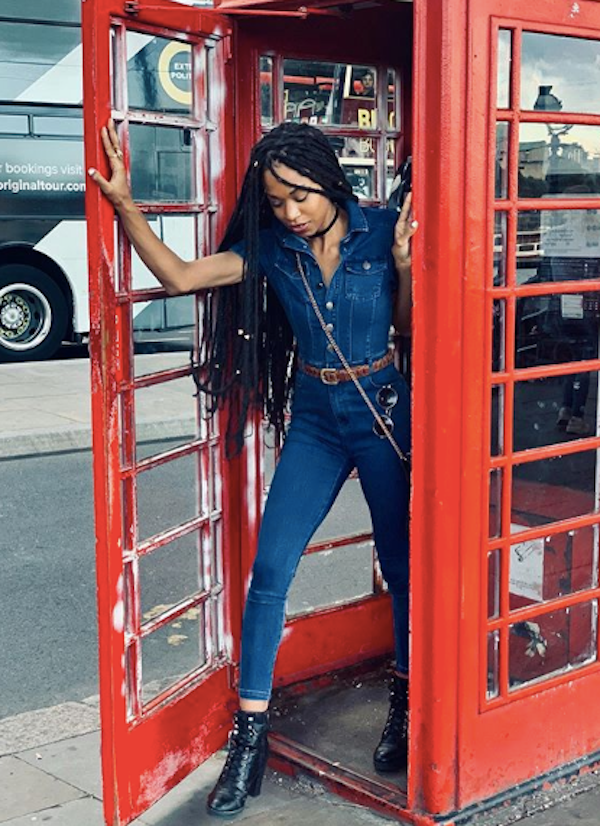 Dara Carter’s new album Hello Freedom is out now. ELEVATOR caught up with the solo artist at Afropunk Atlanta for an exclusive interview.

My father driving the car with me to elementary school playing this artist Speech from Arrested Development. He was playing his album Hoopla. I loved it so much. I think it was a beautiful connection moment with my father.

How musical would you say your family is?

My family, they’re music lovers. My sisters play piano. They’re concert pianists. My father plays a bit of bass. My mother plays the clarinet. He put me onto Prince, Stevie Wonder. I grew up listening to them because of my dad.

What do you remember about the first song you wrote and recorded?

The first song I wrote and recorded…. My parents bought me a keyboard and a ProTools set up when I was about 11. There was this one song I had written on the piano. I sat down with the software and said I was going to figure this out. Put down the piano line and the vocal line and from there, I started recording. I was eleven years old.

Where are you from?

I am from Fayetteville, Georgia. I grew up here in Atlanta and still live here.

As an adult, that’s the first time I’ve experienced a city music here. Fayetteville is South Georgia. We don’t have venues. I did a lot of NAACP banquets. I would get up there with my piano and play and sing a song. It wasn’t until I was older that I played in the city. I was 12. I was in the jazz sphere at that time.

Was it a conscious decision to record under Dara Carter?

This is my real name. I thought about changing my name a few times because artists who create a name have a freedom to create a persona. I try to be as free as I can with my own name, but who knows, I may change it one day.

When did you first join social media as an artist?

How do you feel it helps or hurts artists?

There’s two sides to it. Of course, with anything when it’s overused, it can have negative effects. I have to delete the app and just breathe. If it’s used properly as a tool, it can help. It’s just finding the balance. As an artist, I have to figure out the balance. I give myself a certain time of the day, and then unplug the rest of the day.

What has been an obstacle for you?

The most challenging thing is to be a woman in this industry. It’s not the creative part. This is why I’m in the rock band The Txlips. We understand women are magical, women are powerful. I’ve been in the industry for 13 years at this point. My point is… being told by men who want to be authoritative over you and not letting you have a voice is not it. It’s time for women to have a voice.

I am independent at this point. I do appreciate having a freedom as an artist.

When did you start working on Hello Freedom?

I started working on the album in January of this year. I hit up a producer friend of mine. He moved to Atlanta for 10 weeks. I asked him if we could make an album in 10 weeks? We scheduled it out and got to it.

What was the first song you wrote for Hello Freedom?

The first song I wrote… I started writing the last track Paint The Town first. I was playing around with my guitar… I don’t really play guitar yet but I found some cool chords I really liked. I called up my friend Brandon Thomas, one of the best guitarists I’ve ever met, to see if he would do it in the studio. He agreed and ended up being a great contribution to the whole album.

What was the last song you wrote for the album?

Joy was the last one we finished. It was challenging. It stretched me. I had to be really expressive with my voice. hat one brought a lot of frustration. It’s actually my favorite song on the album.

How did you decide which songs to put on the album?

I really like to feel things out as things fall together. There was no moment where I’m like okay these songs go and these songs don’t. It was more like let’s see which ones finish themselves. Everything always falls together when I step back a little from trying to be too controlling of the situation.

Where were the majority of these songs recorded?

How much of the album was made with live performance in mind?

I didn’t create the album with live performances in mind. That’s not how I think about it when I write. I create the song first. Once the album was finished, I brought on live musicians to figure out how to arrange and perform it from there.

What would you say is the biggest influence on your music today?

Life. Challenges. This journey I’m on… trying to figure out who I am. A lot of the pain, a lot of the joy. Sometimes I feel like the songs I write come from a future version of me. My old songs help me through hard times after I wrote them. Life in general. Everything I deal with, I can turn it into music.

Any advice for young women looking to pursue a career in music?

Yes. Plenty. I’ll make it brief. Just know and trust yourself, your intuition. Trust what your heart is telling you. Have a passion for it. Make sure you are really doing this for the right reasons. Allow yourself to make mistakes. Cry as much as you need to. Create a tribe if you can. We’re always better in groups. Have a support system. These are for life, the music industry but also life. Self-love and self-care are free. Make sure you have self-care routines in your life. Know your worth and your value. Don’t sell yourself short.