Elevator Q & A: Who is Skinny Million$ ?

The Valley Wave is in full affect, Skinny Million$ is here to spread it. 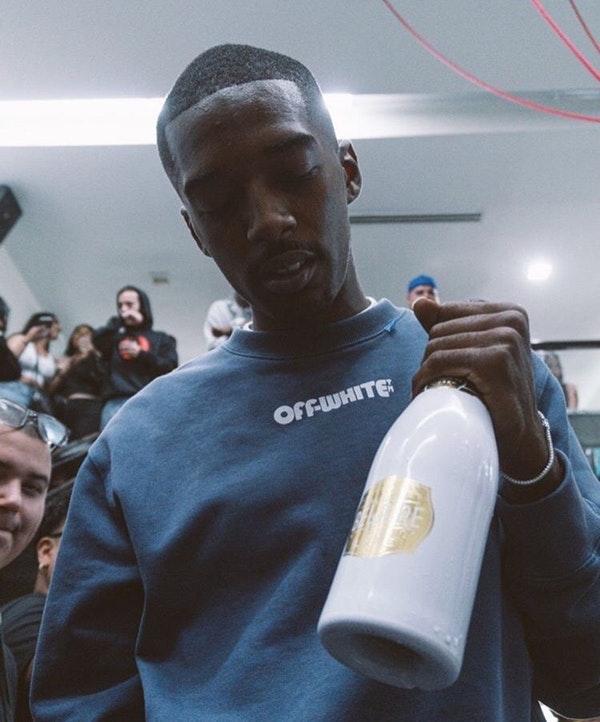 The “Valley” is not a common place to find an up and coming rapper who is making noise much. But Skinny Million$ is here to prove everybody wrong. Skinny Million$ is steadily establishing himself at the forefront of hip-hop coming out of the San Fernando Valley. Bred in east San Fernando––where skating, graffiti, and street culture are paramount––he grew up experiencing a wide range of cultures in and around downtown Los Angeles, ultimately influencing his music.

With his latest release “KELLY SL8ER” solidifying him as The Valley’s dignitary, Skinny Million$ is out to make sure his “ValleyWave” movement is recognized. I sat down with the buzzing rapper & asked him some simple questions that people who want to get to know him a little better would want to know. Had some interesting answers which you would be surprised about.  Here is what happened. 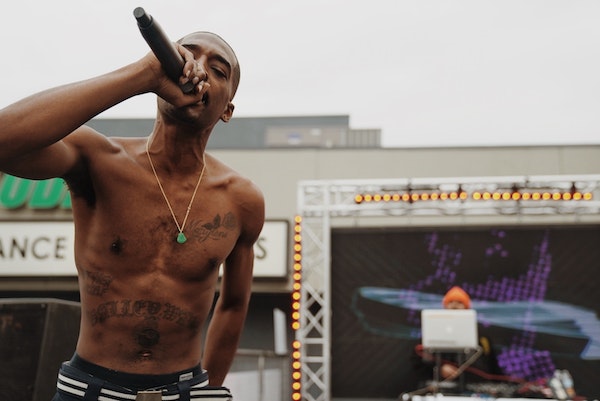 What do you feel about the Valley, and the impact it has on your music & does it have an effect on surrounding areas music such as LA etc?

I love it. It’s where I’m from , it’s what molded me into who I am now. I grew up in a real cultural environment, mostly Black and Hispanics around me. I was exposed to different shit since a young ni**a so that helped me with my diversity and tapping into certain things. ni***s don’t consider The Valley apart of LA so you know they try to act like we ain’t got it , but The Valley got a big impact on a lot of shit. Everybody who get some money move here, ni***s come here to make money, chief keef got a whole ass song about us, ni***s get they bitches and drugs from the valley. The list goes on. For people to be saying that I’m the sound of the Valley means a lot to me cuhs we never had a mascot , it’s time though.

What first got you into music?

Going through my brothers shit and looking at cool album covers.

Who inspired you to make music?

How would you describe the music that you typically create?

Lifestyle Music. It’s just purely my thoughts and my experiences . I feel like it’s a survival guide to being your own self.

I haven’t wrote any of my songs in about a year and a half. Gotta have a lot of weed. I’ll talk about anything that’s on my mind. It’s usually between talking a lot of shit or just letting out any emotion I got.

Pierre or Curren$y on some music shit fasho . Tell Dickies I want my own pants n color-way too .

What is one message you would give to your fans?

Follow your dreams! Even if you gotta work a 9 to 5 support your dreams do what you gotta do. Don’t listen to people trying to tell you how to live your life, pick your plan and follow it. Fuck being the cool kid ! Be the most Original.

What is the most useless talent you have?

Idk , I’m not like one those double jointed ni***s or nothing. All my shit useful 😂

What would you be doing right now, if it wasn’t for your music career?

Where have you performed? What are your favourite and least favourite venues?

SxSw my favorite so far did that shit twice shout out TopShelfTx! I FUCKIN HATE VELVET JONES IN SANTA BARBARA THE STAFF THERE ARE SQUARES LOVE THE CITY THO.

How do you feel the Internet has impacted the music business?

Stupidly . It’s cool but fuck that shit crazy , how these comedian ni***s getting record deal offers?! It’s crazy because I made my MySpace the first year it came out like ‘06 ? I never thought shit like that would take over. It’s easy for people to get in the music business just because of they’re internet presence.

What is your favorite song to perform?

Which famous musicians do you admire?

Nobody really, you meet a lot of these ni***s and be disappointed. BUT TELL SPITTA (Curren$y) I SAID HIT MY LINE

What is the most trouble you’ve ever gotten into?

What is the best advice you’ve been given?

Mind your business, Look after ones you love, stack bread , represent your section and Don’t shit where you eat !

If you could change anything about the industry, what would it be?

Shit nothing, just let a ni*** in damn! I’m tryna get my momma a house in the hills and give jobs to all da homies !

Just flooding shit with music/visuals I got in the vault , one more project before the year ends , shows & making sure You ni***s  know I’m coming !

Love to my people at Elevator!

Make sure to check out his latest project “Kelly Sl8er” here: