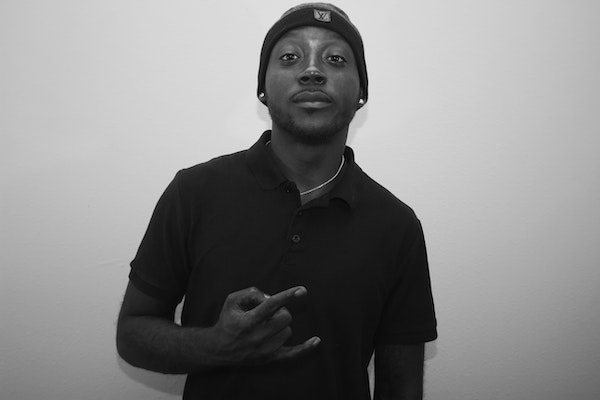 Processed with VSCO with b1 preset

Joshua Conerly, born January 21, 1992, known professionally as YNG Josh, is a Grammy Nominated Producer, Engineer, Music Director, Vocal Arranger, and Musician from Houston, Texas. He is best known for producing on Nipsey Hussle “Victory Lap” Album, on the song entitled, “Keys 2 The City 2” released in 2018. Early on in Josh’s career, he started off playing drums in church and around the city of Houston, introducing him to make beats that would allow him to then start working with Grammy Nominated Producer and Recording Artist Teeflii which ultimately led to his collaboration with Nipsey Hussle. Working with Nipsey Hussle was a groundbreaking moment for Josh that opened doors for him to have the opportunity to produce and work with YNW Melly on his newest project Melly vs. Melvin producing 3 records Billboards, I Ain’t Lying, and Adam Sandler. He continues to elevate his brand by staying dedicated to the hustle and grinding hard with a passion, never letting anyone or anything distract you from the race. Currently, he is also working to create the new sound for the Number #1 rap group in Japan, Yurufuwa Gang.

Read the Q & A below to become more familiar with YNG Josh!

Q) As you started off playing drums in the church and around your hometown Houston, Texas, what sparked your interest in being a producer?

A) What sparked my interest was recording drums in a studio one day and I fell in love with that process and truly felt like this is where I belong this is what I should be doing.

Q) What does it mean to be a Grammy Nominated Producer for your work with Nipsey Hussle?

A) A blessing, it really allowed me to know that my hard work and dedication paying off. Also to stay focused and tune out all the hate and doubt that others will try to lay at your door.

Q) Take us through the process of what it was like and what was going through your mind when you decided to take on production full time?

Q) With Nipsey Hussle having such a great influence on the culture were you able to learn anything from him while working with him?

A) Yes, of course, he taught me to stay dedicated to the hustle and grind hard with a passion, never let anybody or anything distract you from the race.

Q) What advice can you give up-coming producers?

A) Fall in love with the process, study your craft and read more books.

Q) How many instruments do you play and have you always known this was your calling?

A) I only play drums. Yes, music was always my calling since I was a very young age.

Q) What was it like working with YNW Melly on his latest album Melly vs Melvin?

A) Melly is one of the most talented kids I ever worked with. We literally recorded all 3 songs Billboards, I Ain’t Lying and Adam Sandler in one night. #FREEMELLY

Q) What are you currently working on/what is up for next?

A) We are going to the next level! I can’t really say anything just yet but stay locked in and follow me on Instagram @yngjosh

The clip below was just released today – it shows the duo in the studio together working on “I Ain’t Lying.” Check it out!