Eagles superfan EDP went OFF after his team’s loss Sunday 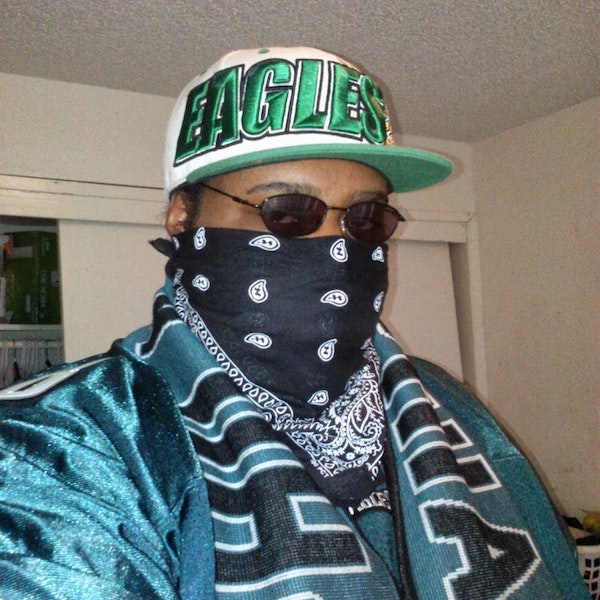 So there’s this guy EatDatPussy445. He’s just your average, run of the mill Philadelphia Eagles fan; batshit crazy. He’s been featured on Tosh.0 and a plethora of other sites over the years for his Eagles rants. Win or lose, he always has something to say. It’s gotten to the point where yesterday I was watching the Eagles/Cowboys game, and all that was running through my mind was what EDP was going to say. Every time the Eagles looked… like the Eagles, I just couldn’t help but feel for the guy and anyone that was around him.

Well, fast forward to Monday and EDP didn’t disappoint, as he dropped a 10-minute opus where he covered a range of topics, from Kiko Alonso’s manhood to his jersey inventory. Check out the glorious (sorry EDP) video below, and be thankful that you don’t have to suffer the grave injustice that is rooting for a Philadelphia sports franchise.