EarthGang drops extraterrestrial visual for “Up”

EarthGang drops visual for “UP.” 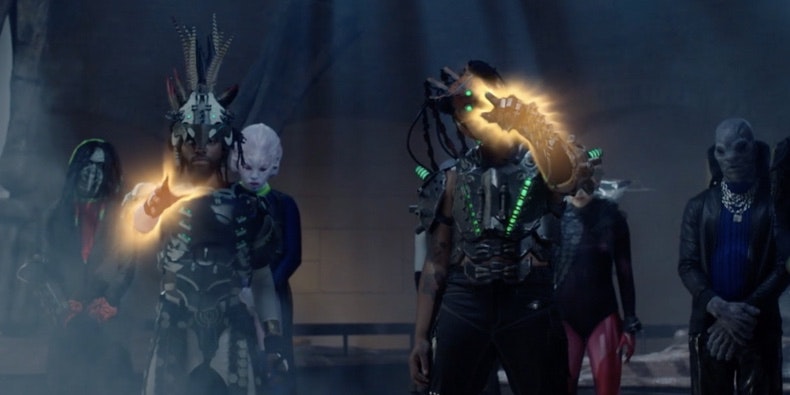 Dreamville has not stopped since dropping their star-studded compilation album, ROTD III. Each artist has been steady dropping new content both individually and with each other, and it doesn’t look like they’re stopping anytime soon.

EarthGang particularly has kept busy through touring and the release of their debut album, Mirrorland, last month. The Atlanta duo is arguably one of the hottest and most unique duos in the game right now. The two work together to create a distinctive sound that makes them standout amongst their counterparts.

A little over a year after premiering the song for COLORS studios, Olu and WowGr8 finally dropped a visual for “UP,” the second song and one of the singles off of Mirrorland. The visual is suspenseful, but kid-friendly as a young boy wanders through a museum while on a class field trip, and the rap duo attempt to spook him by bringing the exhibit to life.

A music video with an actual storyline and concept is a breath of fresh air to me. It’s like a short film, only a majority of the time you get to see your favorite artist play the lead role as they lip-sync your favorite song over top of it. You never know what you’re going to get with EarthGang, and I hope their niche for surprises never changes.

Peep the video for “UP” below.