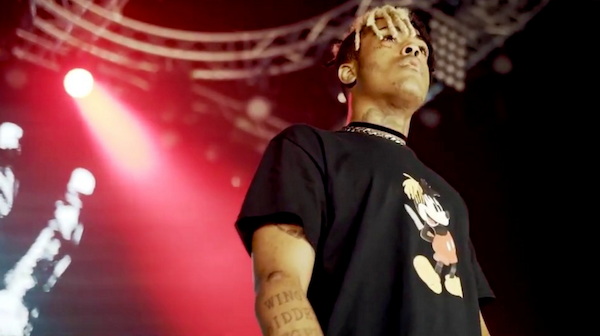 XXXTentacion has been staying out of the public eye as of late, but recently made an appearance at the Staples Center in Los Angeles on Wednesday night. During his opening set for Kendrick Lamar‘s DAMN tour, Big Baby DRAM surprised the crowd by having the controversial Broward County rapper perform his hit song “Look At Me” for the sold-out crowd.

X was met with a sea of screams as he hit the stage, proving just how wide his influence has become. Twitter immediately exploded with various reactions upon discovering the video, initially falsely claiming that K Dot had brought out X himself.

Watch the footage below to see the crowd get hype for one of hip-hop’s biggest superstars.