Drake finally clears the air in a brand new interview 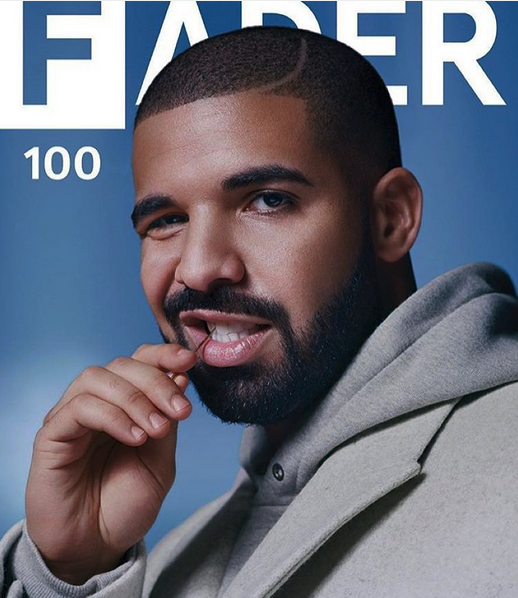 Fader was granted the first in-depth interview with Drake in a long time. This year has been a roller coaster for him, with every crowning achievement met with doubt and questions. Even in a year where he has dominated the charts, social media and the general conscious, he still didn’t come out unscathed. We still wanted to hear his response to the Quentin Miller reference tracks and the accusation that Miller ghost wrote a large portion of IYRTITL.  He has never really commented, except vaguely on wax, on Birdman and the ongoing issues with Cash Money. He still didn’t address the Cash Money issues regarding Views From The 6, but we did get reasonable answers regarding Meek and Quentin. Read the full interview over at The Fader, and peep an excerpt below.

The conflict started when Meek Mill asserted on Twitter that Drake had someone else write his lyrics for him on a verse he had recorded for Meek’s recent album. It escalated when Hot 97 DJ Funkmaster Flex boasted that someone in Drake’s camp had provided him with multiple “reference tracks”—demos, basically, written and recorded by other rappers—that would prove that Drake made a habit of using outside writers.

Drake never spoke about the recordings directly—not even after some of them were made public. But as I prepare to raise the issue during our interview, he catches me off guard by turning to it on his own.

“I’m just gonna bring it up ‘cause it’s important to me,” he says. “I was at a charity kickball game—which we won, by the way—and my brother called me. He was just like, ‘I don’t know if you’re aware, but, yo, they’re trying to end us out here. They’re just spreading, like, propaganda. Where are you? You need to come here.’ So we all circled up at the studio, and sat there as Flex went on the air, and these guys flip-flopped [about how] they were gonna do this, that, and the third.”

He recorded “Charged Up” that very night and released it the next day on the same episode of OVO Radio that saw the debut of “Hotline Bling.” “Given the circumstances, it felt right to just remind people what it is that I do,” Drake says, a proud smile creeping into his face, “in case your opinions were wavering at any point.”

When a reply to “Charged Up” didn’t come, Drake could hardly believe it. “This is a discussion about music, and no one’s putting forth any music?” he says, speaking with a furrowed brow, as if reliving his incredulity. “You guys are gonna leave this for me to do? This is how you want to play it? You guys didn’t think this through at all—nobody? You guys have high-ranking members watching over you. Nobody told you that this was a bad idea, to engage in this and not have something? You’re gonna engage in a conversation about writing music, and delivering music, with me? And not have anything to put forth on the table?”

As the days ticked by and a rebuttal from Meek Mill continued to not materialize, Drake became almost offended at the lack of hustle the other team was putting in. “It was weighing heavy on me,” he says. “I didn’t get it. I didn’t get how there was no strategy on the opposite end. I just didn’t understand. I didn’t understand it because that’s just not how we operate.”

It was then that he decided to just go ahead and do another song. “I was like, ‘I’m gonna probably just finish this.’ And I know how I have to finish it. This has to literally become the song that people want to hear every single night, and it’s gonna be tough to exist during this summer when everybody wants to hear [this] song that isn’t necessarily in your favor.”

That song became “Back to Back,” and in keeping with Drake’s plan, it became an instant radio hit. In the end, Drake never felt compelled to prove his chops in some grand or gimmicky way—by going on a radio show and freestyling, for instance, or putting pictures of his handwritten lyrics on Instagram. Instead he just acted like the leaked recordings didn’t matter. And a few days later, with a performance at OVO Fest—the star-studded concert he puts on every year in Toronto that opened, this time around, with a full-on sendup of his challenger—the whole thing was decisively over, with public opinion overwhelmingly on Drake’s side.

The fact that most of Drake’s fans seemed not to care about the particulars of how his songs were made proved something important: that Drake was no longer just operating as a popular rapper, but as a pop star, full stop, in a category with Beyoncé, Kanye West, Taylor Swift, and the many boundary-pushing mainstream acts from the past that transcended their genres and reached positions of historic influence in culture. At that altitude, it’s well known that the vast majority of great songs are cooked in groups and workshopped before being brought to life by one singular talent. That is the altitude where Drake lives now.

“I need, sometimes, individuals to spark an idea so that I can take off running,” he says. “I don’t mind that. And those recordings—they are what they are. And you can use your own judgment on what they mean to you.”

“There’s not necessarily a context to them,” he adds, when I ask him to provide some. “And I don’t know if I’m really here to even clarify it for you.”

Instead, he tells me he is ready and willing to be the flashpoint for a debate about originality in hip-hop. “If I have to be the vessel for this conversation to be brought up—you know, God forbid we start talking about writing and references and who takes what from where—I’m OK with it being me,” he says.

He then makes a bigger point—one that sums up why the experience of being publicly targeted left him in a position of greater strength than he went into it with: “It’s just, music at times can be a collaborative process, you know? Who came up with this, who came up with that—for me, it’s like, I know that it takes me to execute every single thing that I’ve done up until this point. And I’m not ashamed.”