In the newest edition of Don’t Play Yourself, we dive into $teven Cannon’s personal playlist 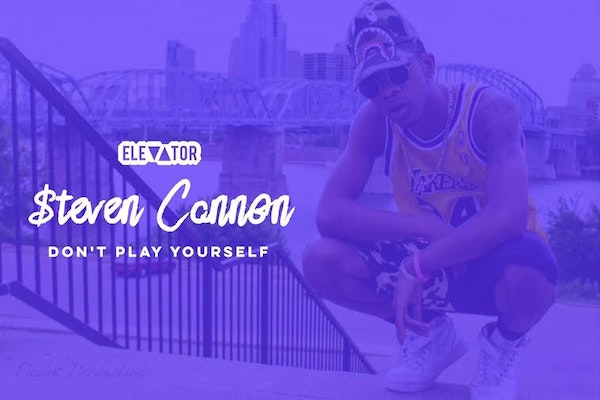 One of the most prolific buzzing artists out west right now, Cincinnati native $teven Cannon has become a must-listen. He has a unique sound in that his voice is instantly recognizable and his songs are infectious. Cannon and frequent collaborator Aris Ray just dropped the long anticipated Pink $treets 2, packed to the brim with whip-worthy records that’ll be stuck in your head for weeks. To be honest, it’ll be in your system about as long as the drugs you’ll want to take while listening. Stream the project in full below, and tell a friend to tell a friend. We caught up with the infamous Xan Man to see what he’s been listening to lately, here’s a six-pack of his picks.

Hozier – Someone New
My homie Derek turned me on to this. Definitely my alternative influence lmao. The song is about being a hoe basically and I like hoe bitches so yeah that’s how that came about.

Nipsey Hussle – 1 0f 1
I’m a huge, HUGE, huge Nipsey Hussle fan because of what he’s about and the story he reps. It’s all dope. Whenever I hear this song I have to turn up, the world stops and I recite every word like the bible.
[Editor’s note: that Dido guitar sample flip is stuuupid]

Kodak Black – Skrilla
My boy Blake Banks put me on to Kodak fr fr. I was super sleep on dude. But when I heard this shit I became a hella fan. He actually got some pretty good shit out to listen to.

Wiz Khalifa ft. Travis Scott – Bake Sale
This a new personal favorite. These two niggas jumped on this shit pretty dope no lie, Wiz had a little of the Travis feel and Travis did a lil Khalifa feel. It was pretty dope & not many people expected this collab to happen.

Lil Wayne – Ask Dem Hoes
Brrrrrruuuuuuhhhh. This is my shit! I’m going down my playlist and this definitely in my top 10 songs EVER. I’ll be riding in the car with my bitch or whatever and I’ll turn this on to shut her up lmao. This my shit. I heard this when I was in like 8th grade man and I’ve known every word since.

Max Wonders – 88 Changes
This is a song I have to give props to. I fuck with Max Wonders because of this song alone. The hook crazy and when I wanna chill on my trap music I go straight to this to change it up in the whip.