Stones Throw Records keyboardist and producer, Kiefer, stops by for a short segment on our Don’t Play Yourself series, just a couple days before the release of his brand new EP, Bridges. 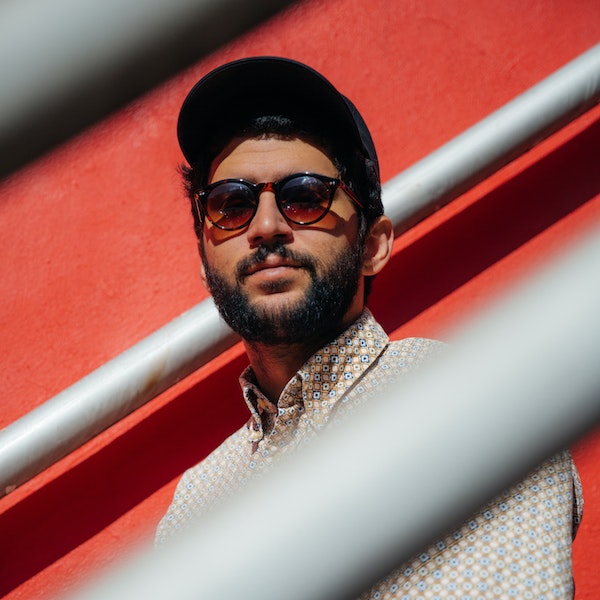 Inhibiting a variegated style that is derived from jazz and hip-hop elements, Kiefer, formally known as Kiefer Shakleford, is one of those musicians that radiates a light that shines with a multiplying intensity. The San Diego-born keyboardist/producer’s involvement in music began in his early ages, learning the piano alongside his father who then went on teaching him how to play the genre of blues. Noted as “a striking entry to this lineage of hip-hop inextricably tethered to jazz”— Pitchfork, he’s also been described as a musician who “creates smoky rhythms over hip-hop beats that ought to place him in the upper echelon of hip-hop instrumentalists… a singular force” —Paste.

Kiefer decided early on that he would carry this knowledge and burning desire in his heart throughout his teenage years and into college—from producing beats at age 12 to then moving to L.A. to study Kenny Burrell, an eminent jazz guitarist who taught UCLA’s Jazz Studies program. Since this time, Kiefer’s growth as a pianist and producer has exponentially taken off through his experiences. He’s since become a tenacious force within Mndsgn‘s live performances, contributed production works to the likes of Anderson .Paak & Kaytranada, and has also combined stages with Terrace Martin & Moses Sumney. Last summer, Kiefer toured the US, Asia, Europe, wherein he also co-produced “Smile/Petty” from Anderson .Paak’s album, Oxnard. It’s indisputably clear as to how strong he speaks musically, which he talks about in a short yet extensively broken down interview we did together via phone, days before the release of his new EP, Bridges. 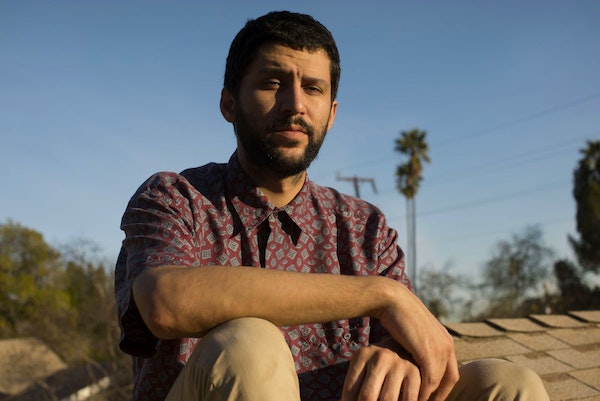 Whether it be producing or beat making, where would you say your inspirations are pulled from? How do you think these things have helped you grow as a producer and beat maker, in general?

DJ Harrison, Swarvy and people like that are my biggest influences right now. After many years of studying throughout my childhood and into my teenage years, I would say my sound and development was greatest influenced by pianists like Herbie Hancock and Mulgrew Miller. Those are guys are just two of my favorites, as I have studied their works for a very extensive period of time. Naturally, some things may sound like certain things they do but when I sit down to play, I really don’t think about sounding like anybody. I think those things just come about inherently.

What was it like growing up in such a diverse city like San Diego? Were you involved in any sports or community groups?

San Diego is definitely a great place to raise kids. The lifestyle there is very active so there’s a lot of running around. I played basketball growing up, all the way through to my senior year of high school. Fun fact: you wouldn’t be able to tell by looking at me now but at one point, I was very athletic. I actually used to be the captain of my varsity team in high school. I was a pretty decent basketball player. Unfortunately, I’m only 6ft tall so I couldn’t really go any further. The music scene down there I would say is very small, but there are a lot of really dedicated musicians. The jazz scene, in particular, is very tight-knit, meaning it’s just about probably 20-30 core musicians who are playing 4-5 nights a week. And then, there’s a much larger community of people surrounding that who are more like part-time musicians. When I was in high school, it was very easy & accessible to go check out musicians. For example, my dad would take me to shows all the time. We would go to various jazz clubs which are all ages down in San Diego. We would watch Gilbert Castellanos, who is known as one of the central musicians there. He would always play and had such an amazing band. I got to know him a little bit as time went on. By the time I was entering my college’s Jazz Studies program, always researching and practicing how to get better, I would then come home in the summertime to play a bunch of gigs with him. I learned so much in that process. So all in all, there’s a very nurturing community that resides in San Diego. It’s very easy to get involved & learn how to play. The experience was very enriching for me.

What are your interests and/or hobbies outside of music, if any?

When I’m not making music, I’m usually watching and researching the NBA. I’m a big basketball watcher. I got a personal trainer now that comes to my house, so I exercise a lot. I’m usually in my backyard doing workouts or studying the history behind chess and the game itself. I love chess. Those are things I would say I’m really focused on besides music.

If you could only put 3 items into a time capsule to give the future an idea of who you were, what would those 3 things be and why?

My first item: I would definitely put my Kicknit Alone vinyl as a pure representation of my recording career as a musician. My second item: So, my girlfriend manages my teaching piano business. I teach students out of my house 7 days a week, 365 days a year. She sorts through hundreds of emails and books everything for me. For my birthday one year, she sends this email to everyone saying, “Hey, it’s Kiefer’s birthday. Write a short note if you want to.” On my birthday, I got like 60 of these notes. Some of them were paragraphs long, and it was honestly the single greatest birthday gift I could’ve ever received. But, even more, than it is really awesome at the moment, it was an affirmation to me how important it is to teach and how much I love doing it. It kinda reminded me that this is my true contribution to the world. It’s a little red box that my girlfriend gave me so that would have to go in there. My third item: I’m extremely close to my immediate family so a representation of that would definitely be a family photo.

Your new EP, Bridges, releases this Friday. How do you feel about your new project & what advancements would you say you have made in comparison to your prior release, Happysad?

Every time I make an album, any time I do anything—my dad always tells me, “Anytime you do something, you do it better than you did last time.” That is a very simple rule. So going into this album, I thought about that & the things I could make better. One thing that I’m really good at that I hadn’t really exhibited in my prior albums was my ability as an arranger. I spent years in college studying arrangement. I learned how to arrange for big bands, orchestras, how to write introductions, bridges, outros and all these different things. I really haven’t utilized that in my career thus far since my first two albums were more like beat tapes with piano solos. For this EP, I wanted to include bridges, intros, and outros in all of my songs. So, the name “Bridges” was what I decided to call it before I even composed it because I wanted to make a project that was more advanced in the arrangement. “Bridges” also meaning that it’s something like an in-between period as to what ideally comes next. This is like another transition toward doing things musically that are more involved. I’m just working much harder now. 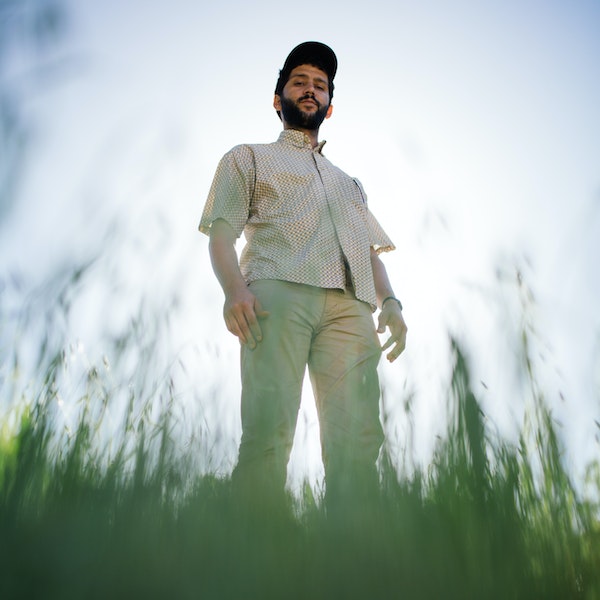 What 6 songs currently reside on your radar?

1. Devin Morrison – L.O.V.E.: Devin Morrison is a goddamn legend, okay? He moved to LA like 5 or 6 months ago & literally the day he arrived, I had like 10 different people telling me about him like “Dude, Devin moved here!” & I had never heard of him. Everyone loves him and he’s since become one of my friends. He’s just unbelievably talented.

2. DJ Harrison – Rule The World: DJ Harrison is probably one of my biggest influences. He’s incredible and also what I would like to call a “super producer”. Devin is someone I would call a “super producer” as well. To me, this is someone who can play all of the instruments on a record, write, produce and mix. Like a one man show. Someone who can bounce between sampling and playing live instrumentation. DJ Harrison plays drums, guitar, keys, bass and sings. He can do everything. This comes from his “Slyish” album, which is an album that he dedicated to Sly Stone. It’s amazing.

3. Nick Hakim – Roller Skates: I love drum machines. I use this same one all the time. Nick is an aquaintance of mine and my roommate and I hang out with him and a lot of his friends. We’re kind of into the same sort of sound, just left field drum machine sounds, crazy tones, saturation, phasing and all of that good stuff. Very layered compositions. I’m just a huge fan of his work.

4. Kadhja Bonet – Delphine: To me, she is someone who represents really understands what it means to make a beautiful record. All of her music is recorded immaculately. She sings as well as plays the violin. It sounds like some shit right out of the 70s. All analog gear. Incredible voice. Great harmony. She is just so well rounded, and she’s also cool as hell. Really big fan.

5. Milton Nascimento – Francisco: He’s a Brazilian songwriter who just writes the most purest stuff. Really beautiful melodies and harmonies. It’s the track from his album titled “Milton”. Immediate tears every time I listen to this.

6. The Crusaders – When There’s Love Around: This song is on some real spiritual shit. Joe Sample founded the band & is obviously one of my heroes as a pianist-producer from the 70s and 80s. This song is like singing to a baby, that’s how soulful it is. It’s so gentle yet there’s something very deep, honest, unpretentious & real about it at the same time. Give that a listen for sure when you get time.

Along with the release of his 6-track EP titled Bridges, Kiefer will kick off his North American leg of tour in Boston, starting April 10. These dates will also be followed by his very first solo European tour, beginning May 3 in Zürich. See dates below: 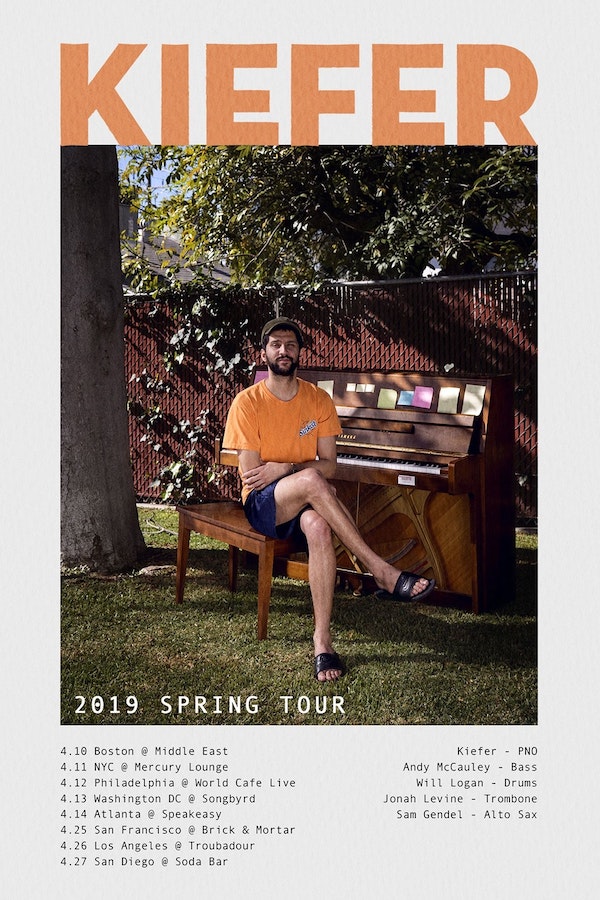