See whats in Jay IDK’s playlist in this installment of Don’t Play Yourself. 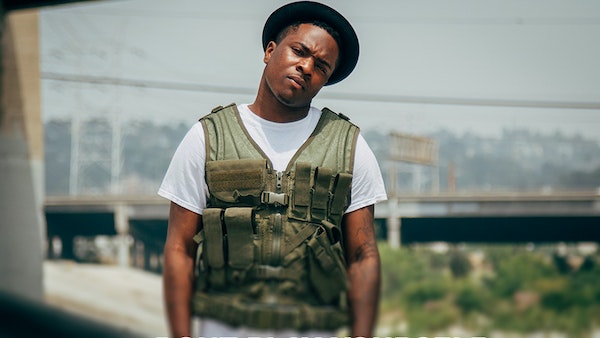 A week or so ago, we caught up with the Atlanta duo WDNG CRSHRS to pick their brains about music. We simply wanted to know what the great young minds in music listen to on their own time. You can check out TheCoolIsMac’s playlist here, and Quentin Miller’s here. You guys seemed to like it, and artists we’ve asked seem to like putting you guys on to their favorite music, so who are we to keep it from happening? That’s why we’re going to continue the artist-contributed playlists in a series called Don’t Play Yourself. It’s really a public service more than anything. You’re welcome.

Today’s guest playlist is from Jay IDK, who released his new album SubTrap in August to rave reviews. The Prince George’s County, Maryland (right outside DC) rapper used his new album as a platform to educate people about all sides of the trap environment. Rather than just telling story of the often-glorified ‘Kingpin’ role usually portrayed in music today, SubTrap gave that narrative plus the points of view of the user, the family, etc. Jay IDK is bridging the gap between conscious and trap subgenres and really shedding a light on the greater problem at hand. Make sure you grab a copy of SubTrap on iTunes, and check out Jay’s recent interview on Hot 97 while you’re at it. We caught up with the DMV rapper to get some insight as to what he enjoys listening to, you can find his playlist below. If you keep coming back every Friday for Don’t Play Yourself, I’ll keep hacking artist’s phones to steal their music. Deal? Deal. No takebacks. Arctic Monkeys – R U Mine

I’ve been addicted to this song ever since I stumbled upon it, while eating dinner in D.C. It was playing in the background of the restaurant and I had to ask the waiter “What song is this”. This record reminds me of a rock version of Yeezus.

I strive to make a record that can open an album as well as this one. The post production over the wu-tang like sample mixed with Kanye’s modern day flow is the no brainer to why I love this record.

Kanye put the record to sleep, and Nicki quietly tucked it in. The verses are NUTS.

This record made me appreciate Drake’s lyricism on another level. This man has a lot to say and makes it look easy finding the words to say it.

My goal is to learn this song word for word, and spit it live flawlessly.