Check out Benny Sings’ brief interview along with a 6-song playlist curated by the artist, himself on this series of Don’t Play Yourself. 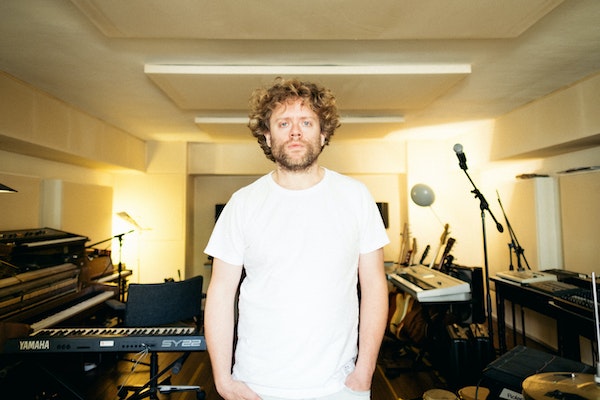 Described as a creator of very intimate music with an R&B hip-hop fusion, Benny Sings has persistently become a household name. Skillfully taking his bright, fun, & pop based theme and balancing it with the lows of heartbreak, frustration, and sadness, it’s undeniable that the lane Benny has created for himself is indeed unique in its own way. Originally from a small town in the Netherlands, the Dutch musician speaks about the challenges he faced associated with growing up in such a renaissance-like time in the artistic world, while also staying connected to his roots. Benny has since landed on NPR’s Tiny Desk Concert and A COLORS SHOW stages and has collaborated, written for and produced many notable artists—Mayer Hawthorne, Rex Orange County, The Free Nationals, Goldlink, and more than a few others. I was able to catch up with Benny via phone for a quick chat just days after returning from Amsterdam—which is coincidentally where he lives now. Showcasing 6 songs, we get an exclusive peek into his personal library of music. 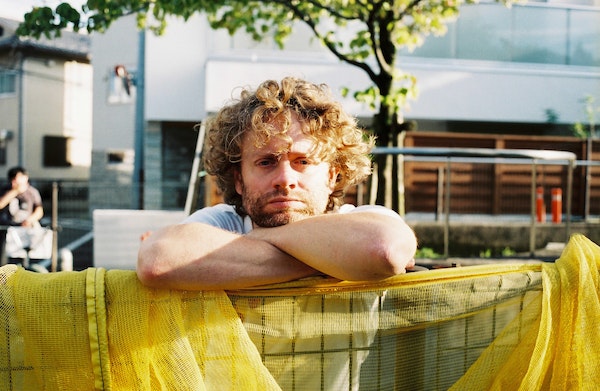 From what point did you figure out that “Benny Sings” was going to be it for you?

My original name is Tim van Berkestijn. I made an anagram of that name so all the letters puzzled. Then, Benny V. came out. That was my name as a beat maker when I was a teenager. I made hip-hop beats under that name during that time. Eventually, I would start singing over these same beats. The name “Benny Sings” was only right, as it also references to Chet Baker Sings albums because Chet Baker was a trumpet player who later unexpectedly began singing. With me, it was also unexpected as well since I didn’t start my career as a “singer”, per se.

I know you’ve been making music for quite some time—if I’m not mistaken, since the early 90s. Where were you in your life as far as the state of mind?

The content I created under Benny Sings started in 1999. I would say for the kind of music I create, I began in 1994. Between the ages of 14-16, those were really the first steps into my adulthood. A lot of self-reflection took place. I would ask myself, “What kind of guy are you, what kind of music are you interested in producing?” During the early 90s, grunge was all the rage. Everything was black, dark, & loud. My friend and I were skaters in our small hometown in Holland. We rebelled against the cold, independent culture of grunge, and decided to make some very sunshiney, upbeat, positive music that countered the darkness associated with that scene.

How have you been able to transition with the times regarding your sound in music while also being attentive to your personal life? What is that balance like?

I’ve always kept it light in the music department, you know? I always stayed true to making music that put you in a good mood. Like I mentioned, the dark music scene coming up during my teenage years. At the turn of the century, I knew I just had to stay loyal to my sound. There was, however, somewhat of an identity crisis that I experienced around 2010. What the zeitgeist went to then was like the “new wave” stuff. I was actually, too, fed up the jazzy sound systems. So I did research while constantly pondered on where my music fit into this new zeitgeist. The zeitgeist turned, Chance the Rapper is one of the first ones to perform this social experiment, gravitating toward the sound I always loved. This made me feel like it was relevant again. Anderson .Paak of course also showed that you can still make this kind of music without being viewed as old fashioned, outdated, or what be viewed as “irrelevant”.

I began listening to you when you released Art, back in 2011. Having switched from Sonar Kollektiv to Dox Records to now being with Stones Throw Records, how would you say you have grown as an artist and as a person throughout each chapter?

The “Art” project was really what I would call “the end of an era” for me. It was my fourth album, and I was thinking, you know, this should be “the” album. When you do studies, you do 4 years and at that 4th year, you graduate. So I felt that “Art” was going to be graduation project, also feeling like, “If this album isn’t an A+, then I won’t really be going anywhere.” I put my everything into that album, only to then realize that I wasn’t satisfied with it. So, that in itself made me very antsy. My sponge was completely dry. Those moments of feeling like I didn’t belong in the era of the new wave while also turning 35, it speaks heavily to you. You know you’re growing old, your youth is fading and your active role in pop culture is always changing. “Am I now a grown up? I don’t know?” comes with these self-reflecting periods as well. In the more recent generations, all kids play is new wave stuff and I just don’t feel that way. But now, I’m just a happy, old guy who makes the music he loves. I think that confidence reflected in my music. Being that Stones Throw Records witnessed this, it’s huge step forward for me. I’m truly in a very good place.

Your newest album, City Pop, just released last month. Listening to the album, I recognize that the theme of the album is based around love and deep-rooted relationships in your life, it seems. You’ve entered a new chapter of your life both musically and personally. What do you feel is different about this album from the rest of your projects?

That everlasting confidence in myself and my craft is what I feel is different. I always thought to myself, “Am I a real songwriter or am I just faking it?” At this point, I really feel like an expressive songwriter, and you can think whatever of it. It is what it is. I get the job done always. I can make any song.

What 6 songs currently reside on your radar?

1. Mac DeMarco – Nobody: I’ve always loved Mac. His last album was such a huge accomplishment for him and that’s how I feel about this song. Again, it’s another step forward since his last album. He does what’s necessary, and nothing more. He’s just great. I love him.

2. Andy Shauf – The Magician: This is a song I’ve played like a thousand times over and over. Andy Shelf is a new age artist who aligns with the music that I love, which is timeless. He’s a genius and I love him.

3. John Mayer – New Light: There was a tweet on Twitter from this girl who said: “So this new John Mayer song really has a Benny Sings vibe.” I’m not really a huge John Mayer fan but I thought I would go check it out. Funny enough, I really love that song now. It’s a song that my family and I dance around to in the house with the kids. It’s a super fun song. Not to mention, he’s also a legendary songwriter. A couple of days later, he mentioned me on Instagram complimenting my song “Not Enough” out of the blue. That was huge for me.

4. Paul McCartney – Pipes of Peace: This album is also called “Pipes of Peace”. It’s one of my guidelines in music. One of the best albums ever written as far as I’m concerned.

5. Action Bronson – Baby Blue: Another song I can’t help but play a thousand times. The song was also produced by Michael Robson which is really nice. I’m a big fan of him as an artistic being. This song is really a tough hip-hop song that just shows his first identity with the genre. I love his voice. In the end, Chance the Rapper does rap and that segment of the song always brings me back to the time that I was listening to hip-hop a lot. Like Slum Village and the Pharcyde.

6. Michael Franks – When Sly Calls (Don’t Touch That Phone): Michael Frank has a significant influence on me. Him being a songwriter from the 70s-80s, he was always capable of making music that was timeless. He’s absolutely brilliant and is one of my heroes. His music is not pretentious. It’s not all serious and tough. It’s just so much fun, while also holding messages that carry weight.

Just last month, Benny Sings has released a brand new album titled City Pop via Stones Throw Records—a project that truly cleanses the mind and soul of any negative feelings that could ever possibly be associated with the times we’re currently living in. Each moment just becomes heavier & heavier. Saving the day once again, Benny knows just how to lift the stresses and weights of the world with music that speaks to goodness, kindness, patience & tender love and care.

Press play on the album City Pop below: