Don’t @ Me: Meek Mill’s “Dreamchasers 4” Will Flop No Matter What

We’ve all seen the shellacking that Meek Mill has taken in the media ever since calling out Drake for having a ghostwriter, and it’s pretty safe to say that Meek is at his lowest point in popularity since joining MMG. That all being said, Meek Mill wasn’t always the joked-about rapper that we see today. Once upon a time Meek was one of the most liked rappers in the game.

In the earlier, more triumphant days of MMG, Meek and co. let loose a plethora of records that showed off a hungry Philly rapper that had finally made it to the main stage. He enjoyed some high points, but also hit a plateau where people seemed to get bored with his style and sound. It became jokingly predictable—shouted rhymes about his jewelry or cars were getting old, but his core fan base still remained strong, and it definitely didn’t hurt that he was Nicki Minaj’s newest beau. 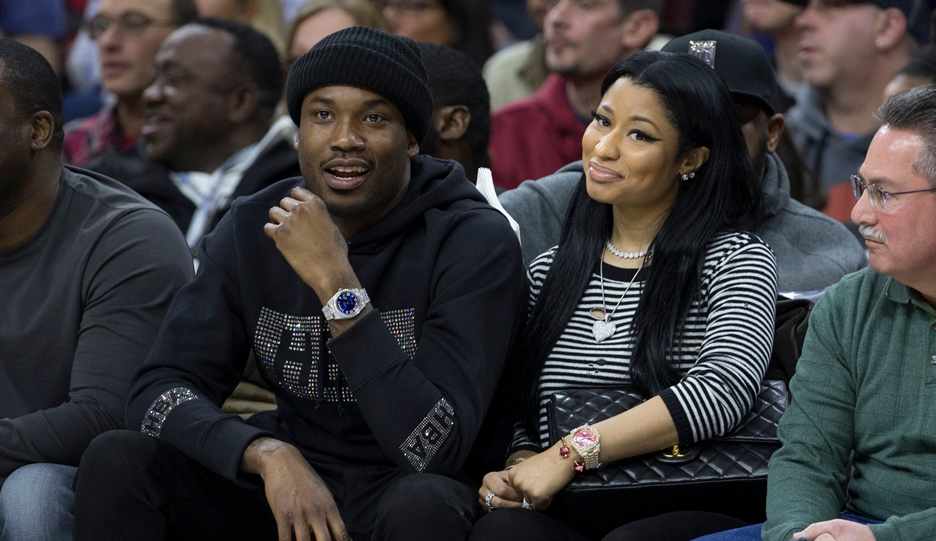 However, his popularity took a major hit when he revealed that Drake had used a ghostwriter for their collaborative track “R.I.C.O.” off of his latest album Dreams Worth More Than Money. After calling him out in a series of tweets, Meek was under court order not to drop any music during his house arrest it, or else it would’ve been a much more colorful battle. Evens o,  Drake took his shots at Meek, and it’s been the lasting effect of those shots that has led to Meek being in the position he’s in today.

In this age of technology, someone with as many fans as Drake is more than going to have the work done for him when it comes to ripping his opponents to shreds, and that’s exactly what’s happened.

What’s been the underlying storyline here is the Philly native’s next project, Dreamchasers 4. It’s been over three years since the last Dreamchasers installment, and a lot of pressure was on Meek to deliver a dope project in the first place, but his beef with Drake has put even more pressure on to impress.

Fast forward to this Fall, and Meek has found himself in a bad way with another bad boy of the rap game in The Game, which is where things get a little messy and confusing. The beef with Game started when Meek had snitched on him to Sean Kingston after Kingston got his chain snatched while at the club. Just minutes before, Game had warned Meek about people looking to hit a lick on someone of his social and financial status. Meek painted the picture as if Game had Kingston set up, though it’s not 100% clear what exactly happened that night.

Regardless, Meek and Game wasted no time going at each other’s throats, both delivering diss records to the other.

It culminated when The Game dropped one of the best diss records ever in “Pest Control,” lyrically devouring the man he dubbed “Meeky Mouse.”

Since then, things have started to cool off a bit as the two haven’t said or done much publicly, though Meek has deleted his Instagram following all the slander he’s recently received. It seems weird that he would do it now and not in the thick of his humiliation at the hands of Drizzy, though it could also be a stunt for his upcoming album. I wouldn’t blame him if that is in fact the case, but it’s probably in vain—Dreamchasers 4 will flop no matter what.

While the series of mixtapes have held some impressive records, DC4 is coming at the worst time for Meek. He simply is not viewed the same way to the public eye as he was before, and more than that, I’m sure there’ll be a lot of people joining in on the bullying without even listening to the project.

At this point, Meek Mill is a punchline more than anything, and it’s going to be hard to break through all that and have a well-received project.

While it’s certainly not impossible, the odds he’s facing aren’t good. It’s ironic and unfortunate given that DWMTM sold over 200k in its first week, and was also his first time landing a No. 1 album on Billboard. His popularity has waned so much since then, and I don’t think he’s going to be able to fully bounce back from his beefs with Drake and Game to deliver a more well-received project than Views or even 1992.

Personally, I like Meek Mill’s music. I don’t love it, but I am certainly looking forward to hearing DC4, though it will certainly have to be a special project to cut through all the jokes and really make an impact to his fans and critics alike.