News
Oct 9, 2018
Donald Trump and Kanye West will meet at The White House on Thursday

They plan to discuss a range of topics, including prison reform and how to prevent gang violence. 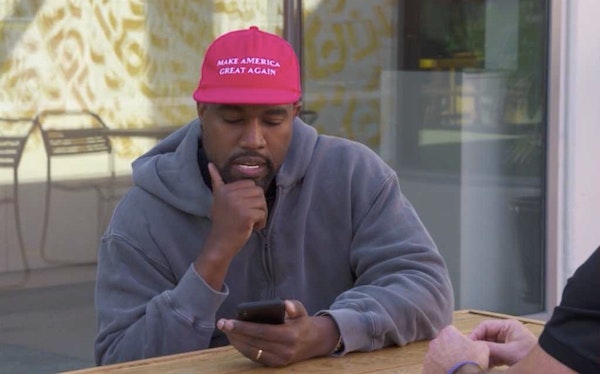 In a weird series of events, Kanye West has somehow positioned himself at the very top of Donald Trump‘s support chain. The rapper has expressed his views by infamously sporting a Make America Great Again hat across social media and television, most recently during his performance on Saturday Night Live.

The backlash against Kanye for these decisions has been enormous, and will perhaps grow even further after The White House confirmed his upcoming visit. Press secretary Sarah Sanders recently stated “Kanye West is coming to the White House to have lunch with President Trump and he will also meet with Jared Kushner.”

They plan to discuss a range of topics, including “manufacturing resurgence in America, prison reform, how to prevent gang violence, and what can be done to reduce violence in Chicago.”