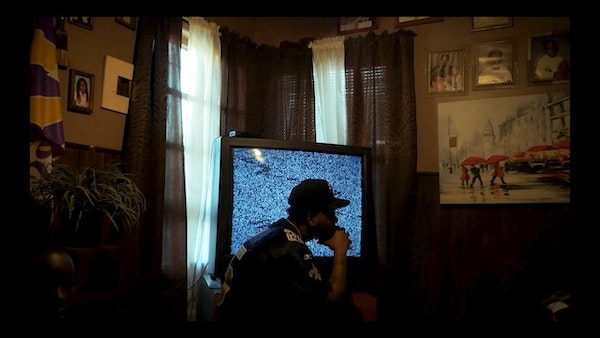 If you weren’t using AIM messenger or don’t remember the broadband connection sound ringing hideously in your ears as you logged onto the Internet using your Gateway desktop computer, you’re too young.

Los Angeles based rapper & DJ and also an associated act of the Odd Future collective, Domo Genesis, returns to stir up the excitement with a new visual for his single “ONLINE”, which will be appearing on his EP titled Facade Records, set to release next Friday, December 7.

At the beginning of the video, Domo takes us on a tour throughout his old neighborhood—sitting on a rooftop in LA while reciting lyrics like “Niggas don’t make it from my hood..” over a knocking beat. Clips of Domo hanging out with family and friends, having real intellectual conversations are just a small part of this intimate project. Domo then dives deep into his lyricism—absolutely shredding his bars with a quick-wittedness that is sure to leave you reminiscing. Domo gets up close and personal with this production, obviously becoming more “alive” in his creative process.