Does going viral help or hinder your career as an artist?

It pays to go viral… 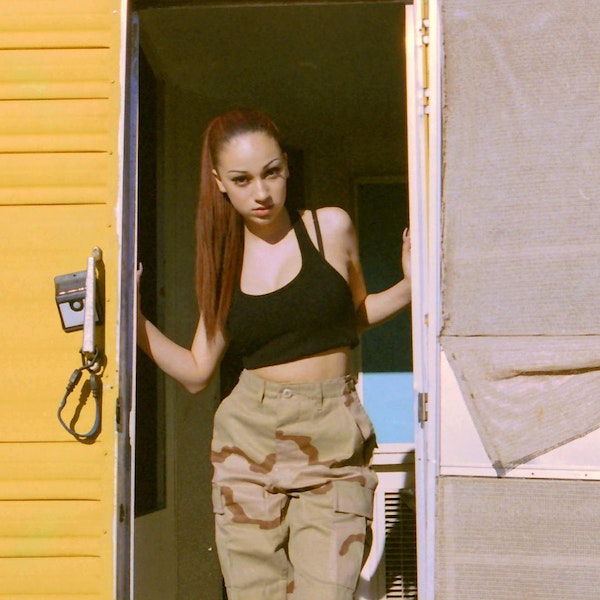 Ah, the road to relevancy. In rap music, it’s a labyrinth with endless dead ends. Making it to the other side, the land of millions of views and more record deals than Goldilocks had porridge in front of her, takes some creativity and a sprinkle of luck, Emeril style. If you can figure that out (a la Lil Skies), you can reap what every aspiring artist salivates over – attention.

Two ways through this confusing heap of endless tunnels, distractions, and death traps are becoming increasingly more prevalent in today’s game. The first way is the classic one; hard work, perseverance and a major cosign. Names like Meek Mill and Lil Wayne weren’t born in the spotlight; they grew up in rap and blossomed into certified superstars. These stories are respectable, commendable, and often are what people root for.

The second way has become the end-all means of acquiring fame: cause a spectacle, go viral, rinse and repeat. It’s produced a countless number of spectacles over the last couple of years, including the likes of Bhad Bhabie, Lil Pump, and Rich Chigga. People are more likely to not show respect towards the meteoric rise when it happens this way, and with that in mind, is it even worth it to be a viral phenomenon in 2018? If so, is it an automatic death sentence on the artist’s career?

Creating a spectacle is all but necessary in 2018. The days of getting noticed for having bars are pretty much over because let’s face it, rapping isn’t a necessarily difficult thing to do. But on the other hand, standing out from the crowd is an increasingly hard task.

Look at 6ix9ine’s rainbow hair, or Lil Toenail‘s foot costume. These traits are guaranteed to make conversation. For Christ’s sake, Tay-K shot a music video next to his own goddamn wanted poster. While none of these three fit the traditional rapper mold (if there even is one), they command a ton of attention.

With attention comes the other side of the coin – hate. And lots of it. Bhad Bhabie’s meteoric rise to fame kicked off with a rousing Dr. Phil interview, coining her popular catch phrase which was endlessly memed. People hated that she commanded so much attention, so what’d she do? She began to rap.

Amidst the online villagers with burning sticks shouting something close to “WITCH!” at her, she began to get some serious traction. According to TMZ, Atlantic Records scooped her up in a lucrative multi-million-dollar deal that’ll surely pay dividends for years to come. What started as a viral moment became the inception of a legitimate career in rap.

Trill Sammy might’ve been the first to capitalize on the now common trend, with his 6-second “Netflix and Chill” Vine launching his career and turning him into a star overnight. He’s still pushing the circuit, releasing anew music, and making a shit ton of money.

For prospective artists reading this and debating on recording a video while playing Russian Roulette or thinking about doing the river dance to trap music in public, is it worth it to really go viral in hopes of furthering your chances? Both Boonk and Fat Boy SSE make convincing cases for gaming the public in hopes of reactions, and then turning to music after growing familiar with the characters. The questions is: why should (or shouldn’t) you do it as an aspiring rapper?

Let’s look at some numbers.

Joey Bada$$ is a pusher of conscious rap boilerplate that’s been hard at the wheel for years, honing his craft with Pro Era. MTV2 pushed his debut cut “Hardknock” hard when it came out in 2012. Currently, it sits at 2.3 million views. Upon his ascent to household name status, he commanded even more attention on YouTube. His DJ Premier-produced cut “Unorthodox,” released in 2013, has 9 million views. One of his most recent cuts “Temptation,” from his latest project ALL-AMERIKKKAN BADA$$ sits at 5.3 million views. Not too shabby for a traditional rapper in 2018, pushing a style seemingly left behind by the mainstream.

Now, time to make sense of the enigma known as Bhad Bhabie. Her video for “These Heaux,” her first single released in August of 2017, currently sits at 63 million views on YouTube. Her “Hi Bich Remix,” released only two months ago, has 25 million. The official audio for her new single with Lil Yachty “Gucci Flip Flops” has 4.8 million views, and it’s not even a video.

The clear difference in popularity is astounding. Of course there are other factors to take into account like race but at the end of the day, it really pays to go viral. It’s as plain as day. One thing to consider about these numbers is the longevity in play. Joey Bada$$ has kept a steady stream of traffic for going on five years. Bhad Bhabie is at the front of her run, fresh from the viral content that got her to where she is in the first place. Can she command the same attention five years from now? Will being created from virality help or hinder her career?

I’m not saying that you shouldn’t, I’m not saying that you should. There’s a fine line to straddle when looking for that come up. Don’t act an ass, but don’t be boring. Command attention through your style and your music, too. It’ll come, but if it’s too fast, it won’t be perceived as genuine – no matter how you cut it. People respect things when they’re authentic, and they’ll be more willing to support it. Your job is to sell it as such, but you can’t do that if you’ve punched old people in the face to get to where you are. My advice is: proceed with caution, figure out which direction that you want to go in, and take all things into consideration to help your career.