Don’t rap on Verzache‘s beats. He hates it. “They’re not beats,” he says “They’re songs.”

Although the vocal sparseness of Verzache’s productions might have the casual listener pass him off as just a beat smith, the listener with intent will be intrigued with a realization that these are not just beats, these songs take you somewhere. Chillin on a beach at sunset, sitting next to a bonfire, standing in the rain, an ice cold glass of chocolate milk after school. These songs paint vivid, sonic emotional snapshots of life.

Verzache is Zach Farache, (try and say Verzache Zach Farache 3 times fast), a Toronto musician who has amassed millions of plays across Spotify with his impressive discography, and who is intent on carving his name out as an artist. Despite being so well received, few fans have actually put a face to his name. But that could all change rather quickly with his newest release, a cover of Lil Skies‘ buzzing single ‘Red Roses.’

We reached out to the 20-year-old and threw several dozen questions his way, Bill The Butcher style. Check out the interview below as you listen to Verzache’s cover of ‘Red Roses.’

I’ve been immersed in music for pretty much my whole life, but I didn’t start creating my own music until the end of 2014.

When I started I was heavily influenced by artists such as Yung Lean and Drake, so I definitely had a weird sound at first. At the time, I never really focused on vocals as much as the production side of music in general, so my songs were pretty much just production. So to answer your question, my music from when I started does not sound similar to the music I make now.

I think my sound has gone through odd phases and is still constantly changing based on my taste. However, I think since I was open to making a bunch of different music over the years, I have meshed all these different styles and techniques into the songs that I make now.

What software do you use?

I started with FL Studio and Logic Pro X, but for the most part, I’ve been using Ableton Live 9 and I absolutely love it.

How do you find inspiration for a new song?

Honestly, it’s different every time for me. At first, I would constantly lose inspiration and I’d freak out about it, but over the past 3 years, I developed a different mindset about the whole “writer’s block” or “beat block” situation.

I constantly tell myself that I cant lose inspiration. Its all a mind game that you just have to outsmart. And yes, it might sound stupid, but it really works for me. If I open up a project and I get stuck, I’ll just make another one. If I don’t like that one, then I’ll make another one, and so on. Eventually, I always find something that works for me.

What’s your favorite part about the creative process?

Probably just expanding on simple ideas. Taking something small that has so much potential and turning into something larger than life is just so fulfilling.

The most meticulous part?

The most meticulous part for me is probably arranging and completing a song. It’s always annoying to me for some reason and I think its because I just really love listening to certain small parts of my songs and looping them hahaha. 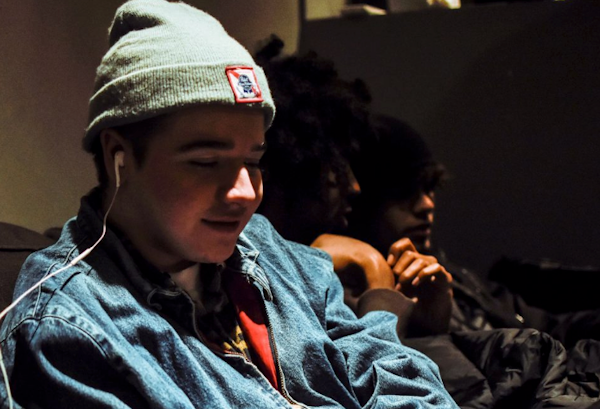 My dream collaboration at the moment is definitely Mac Demarco. God damn, I love that guy.

If you could give one piece of advice to a younger version of yourself, what would it be?

What are your plans for the future?

Hopefully, Ill get my live set together and go on tour sometime in the near future! And also I want to make a lot more music because that shit is tight as hell.

What kind of music were you brought-up on?

My dad played a lot of blues music, such as Muddy Waters and Howlin Wolf. Also, we had a pretty nice sound system when I was younger so I definitely heard all those bangers being played in my house.

Why is the acoustic sound enticing to you?

When I first began producing, I never thought of incorporating real instruments into my music. I’ve been playing guitar for over 9 years and its the only instrument I’m kind of good at. So when I realized I could mesh my electronic stuff with my acoustic stuff I was like, “bingo we have a winner.”

If you could make music with one artist dead or alive, who would it be?

I would kick it with the homie Beethoven and make some bangers in the studio.

What text do you send the most?

In a parallel universe, what’s your occupation?

I adore them equally, except Cats give me the stink eye most of the time.

I’m more of a sketcher guy

When it comes to your creative process what comes first, the lyrics or the music?

Usually I start with the beat/instrumental before I think about adding vocals.

Production is my bread and butter so I work faster and more efficient when starting with that. Adding vocals is the last thing I do, and I usually make them up on the spot to see what works best.

Who is your inspiration or idol outside of music?

The guy that invented chocolate milk. Dude, that shit is bomb.