Did Playboi Carti steal a merch design from Awful Records?

Ah, plagiarism at its finest.

After Playboi Carti unveiled the official merchandise for his current nationwide tour, Awful Records head honcho Father took to Twitter to express his feelings towards one of the designs in particular. Citing a flyer from KeithCharles Spacebar’s concert in Atlanta on April 9th, the rapper captioned the side-by-side comparison with “this goofy ass n***a carti,” calling out the A$AP affiliate for blatantly jacking the cartoon character depicted on the show flyer for use on one of Carti’s new t-shirts. People were quick to point out that both designs seem to be derived from hardcore punk band Circle Jerks, though Playboi seemed to copy the exact image with no alterations whatsoever.

The controversy comes after Carti supposedly cut all ties with Awful Records as he became aligned with A$AP Rocky, allegedly ditching the crew that helped the young rapper build a massive buzz within the dense Atlanta market.

Take a look at the comparison below to decide for yourself if Playboi Carti is in the wrong for jacking Awful’s design. 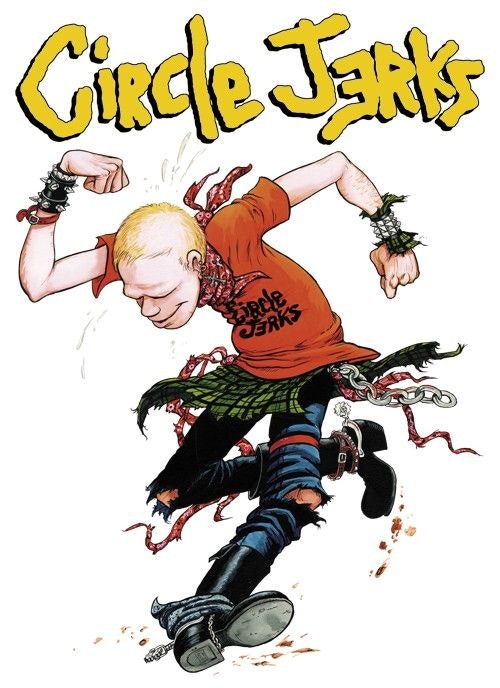