The nationwide manhunt for 17 year-old rapper Taymor McIntyre (professionally known as Tay-K 47) came to a halt on Friday, June 30th as the Texas-bred emcee was captured in Elizabeth, New Jersey after being on the run for over three months.

The youngin’ has allegedly been charged with two cases of capital murder and the vicious assault of a 65 year-old man. Though details about the murder charges are being kept under wraps due to Tay being underage at the time of the events, the wife of the assault victim has spoken up about what exactly went down at Cravens Park in Arlington, Texas.

According to Barbara Pepe, her 65 year-old husband Skip was taking his daily walk along Fish Creek Trail when he was approached by the 17 year-old, who pointed a gun at his head and demanded that the elderly man hand over his wallet. After refusing to do so, Tay struck the man from behind leaving him unconscious. Marks on Pepe’s shoes indicate that he was dragged face-down following the attack, being left unconscious in the middle of the woods to only be discovered by a jogger a few hours later.

Skip Pepe suffered three broken ribs and internal bleeding in the brain, along with various scrapes and bruises throughout his body as a result of the attack.

Violence will always be a commonality in hip-hop, but most would deem this act of violence a bit excessive seeing that the victim was a helpless elderly man left for dead in the woods.

See some photos of Pepe following the attack below and feel free to let us know your thoughts on the situation by dropping a comment below. 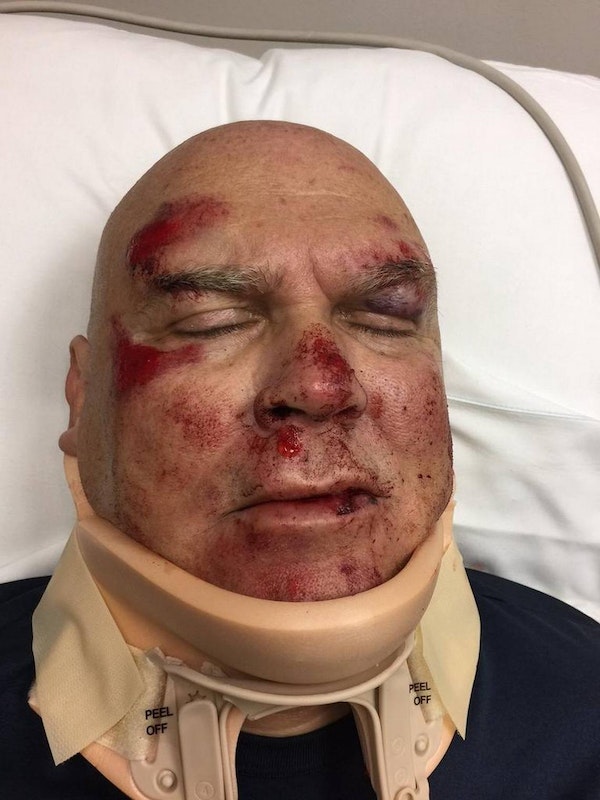 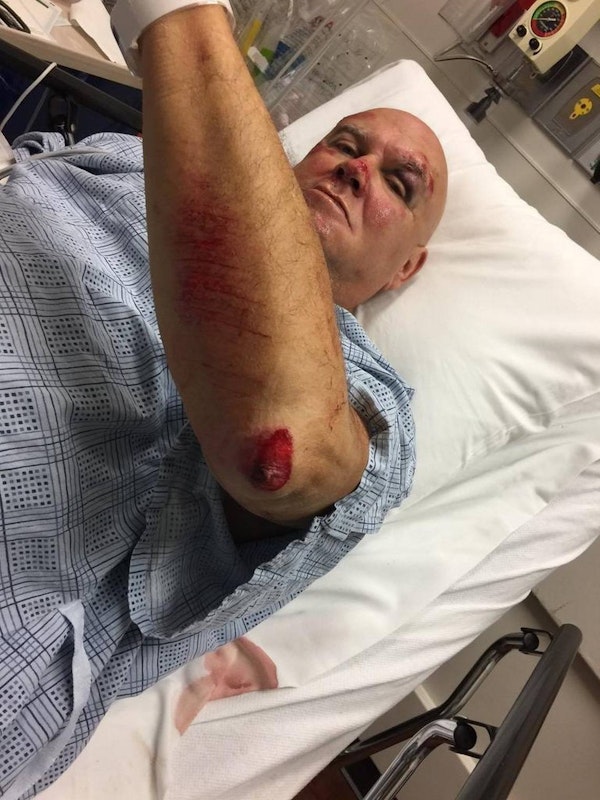